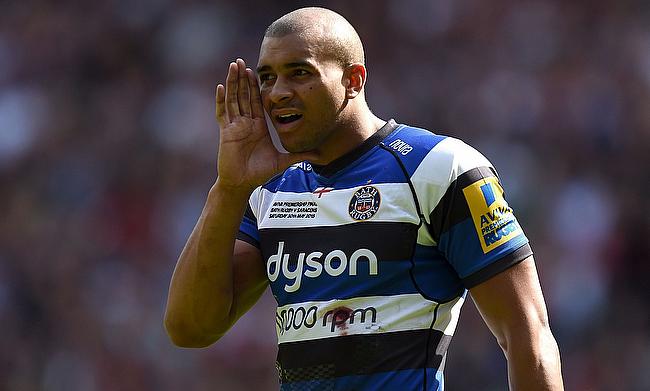 Jonathan Joseph has been with Bath since 2013
©PA

England international Jonathan Joseph has extended his stay with Bath Rugby after signing a new deal with the Gallagher Premiership club.

Joseph made his professional rugby debut with London Irish in 2009 and switched to Bath in 2013 and since then has racked up close to 100 appearances for the Recreation Ground outfit.

The 27-year-old was recently added to the England training squad in Portugal after recovering from an ankle injury and now joins the likes of Nathan Catt, Anthony Watson, Charlie Ewels, Taulupe Faletau, Zach Mercer, Semesa Rokoduguni and Elliott Stooke among the players, who have penned new contracts with Bath.

“I’m really excited about my future with Bath. I want to say thank you to everyone at the Club who has put in the time and focus in getting me back out on the pitch," said Joseph.

"One of my main reasons for staying with Bath, is that I believe in everything we want to achieve together as a squad and how we plan to get there.

“It felt great to be back last weekend (against Toulouse) and I’m looking forward to the rest of the season and challenging for a place in the top four.”

Joseph has also played 40 Tests for England since his debut in 2012 against South Africa in Durban but missed most part of the action last year after he twisted his ankle during the Premiership game against Saracens last April.

“You can tell how much it meant to JJ to play last weekend after being out for so long," said Blackadder.

His immeasurable impact both on and off the pitch will continue to drive us forward as we look to further develop our game and our squad.

“JJ has shown on numerous occasions for Bath and for England what a world-class player he is.

"His knowledge of the game and attention to detail is second to none and we’re delighted to have secured his services for next season and beyond.”