Johnny Leota Column: My National One experience and life after rugby 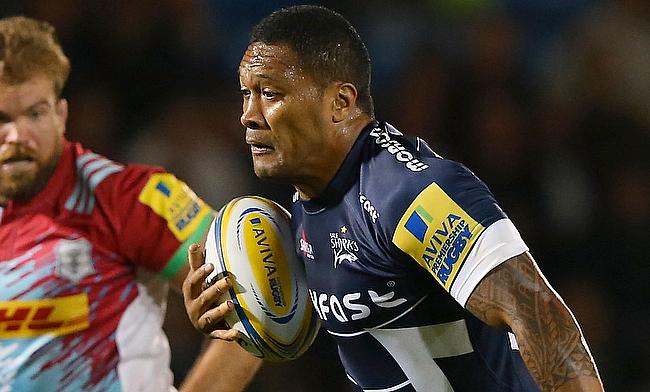 Caldy beat Rosslyn Park to move out of bottom three
Sale Sharks progress to semi-final of Challenge Cup after beating Connacht 20-10
Josh Beaumont Column: Ireland struggled with the mindset of being favourites. England thrived off that.

In his first column for Talking Rugby Union, Sale Sharks’ Johnny Leota discusses his season in the third tier, the importance of the National Leagues, preparing for life after the game and his blog; Rugby Yarns.

We are staying up!

It is amazing Sale FC have been able to stay up. They are an ambitious club who have worked hard to get into this league. We did quite well in the first half of the season where we were competing in the top half of the competition.

The boys got good confidence from that, but after that, things weren’t going our way. We got a lot of injuries meaning boys were in and out of the team and we lost momentum. Towards the end of the season, we started to pick up again and I guess for us, it is getting used to National One.

This was my first year in the league as well and you can see the massive difference between the levels! For me personally, I have enjoyed it. It doesn’t come with the pressure of high-level rugby. I was able to head to the pub after the games and enjoy a few pints of cider without the guilt. I go into games quite relaxed without the expectations. For Sale Sharks ,I do a lot of homework studying a lot of the other teams and opposition players plus my own personal role and work ons.

In National One, I can just play the game and play what I see. It is more about being in the moment and being instinctive. It’s a decent league with a lot of good players in it.

‘The best way to learn things is actually playing rugby’

The Sharks and Sale FC relationship has worked well for the Sharks academy players because the last thing you want to do as a young player is train and not play any games. The best way to learn things is actually playing rugby. The relationship Sharks have with Sale FC is ideal for them. We play a similar game plan. Once they leave Sale FC and go back to the Sharks, they fall back into place because of the similarities.

Time for some more positive talk surrounding the National Leagues?

Gaining my degree has helped with my confidence

I didn’t really go to school to learn! I only really went to see my mates and play rugby. However, as I got later into my career, I realised I had missed opportunities to learn to help me be in a better position for life after rugby. I realised education was important!

To get the degree has given me confidence in terms of if I put my mind to something, I can do it. That is what my rugby mentality is. To do it outside of rugby was rewarding for me! I can conquer anything if I believe in myself and focus on what needs to be done.

I have found over the years, I have learnt a lot, but the thing I have struggled with is being able to pass on the information which I have learnt to get my points across. My degree in Business Leadership and Management has helped me improve and allowed me to pass on my knowledge.

Rugby Yarns and focusing on life after rugby

I originally set Rugby Yarns up because I ruptured by right ACL around a year and a half ago. I was on my last year with Sale Sharks and I just started writing down the experience and emotions you go through when you suffer injuries. I didn’t know I would be staying for another year at Sale at that point so I wanted to take everyone through the journey of my injury and my transition.

I also did my left ACL a few years ago in 2010. That transition was easier because I was young and hungry, but this time around, I was 33 and I did think whether it was the end of the road for me.

"It’s awesome to know I have completed a degree and gained a qualification that will hopefully come in use when I do decide to retire"@TeamLeota explains how studying has benefited his career. ??

I started to put more focus on life after rugby. I think every injury does make you think about that and it was a wake up call for me. I didn’t think I was prepared for life after rugby. As rugby players, you may think we don’t have too much time on our hands, but we actually do! It is about utilising that as much as we should.

On the blog, I do talk to a lot of guys like Mark Cueto, Dave Seymour and Chris Cusiter. Just talking to them, gives you an insight on their transition and it did actually put my mind at ease.

To highlight their stories, it helped me but also it was about helping others who might be in a similar situation. With the way mental health is going, it is important to show how people do transition out of the game and there are ways to do that. Everyone wants to help and having the guys talk about their own experience has been really beneficial.