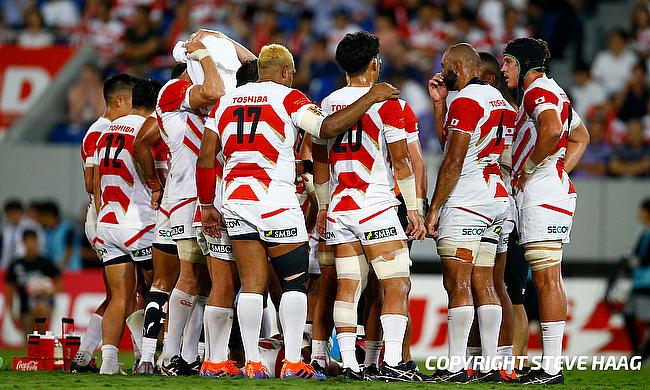 Japan head coach Jamie Joseph insisted that they will be having a warm-up game domestically before heading to Murrayfield Stadium to take on British and Irish Lions on 26th June.

The Brave Blossoms have not featured in a game since the home World Cup in 2019 where they reached the quarter-finals with the pandemic coronavirus forcing the cancellation of their series against England and the November European tour last year.

Speaking in a media conference, Joseph, who had unveiled a 52-member preliminary squad for the clash against the Lions said they are targeting a domestic game in Shizuoka on 12th June during their three-week camp to help the players get into the groove before they head to Murrayfield Stadium.

“It hasn’t been confirmed, but we’ve got a game planned to play in Japan prior to leaving, but it’s the best form of preparation we could manage," he said.

"It can’t be an international match because everybody has to isolate for two weeks. It will be a domestic, made-up team. Who will be playing has yet to be confirmed.”

Earlier, Scotland head coach Gregor Townsend revealed that there are discussions about a possible clash against Japan but Joseph played down the chances of the game happening before the Lions clash due to the restrictions in place because of the Covid-19.

“I doubt it,” he said. “We don’t have a lot of time to prepare for our match.

"We haven’t played since the last World Cup. Scotland have played quite a few matches since then, and we’ve got a wee ways to go.

“It [the Lions game] gives us a crucial starting point for our World Cup preparations. It’s a one-off, unique opportunity for us."