Jamie Roberts urges Wales to move on from Australia defeat 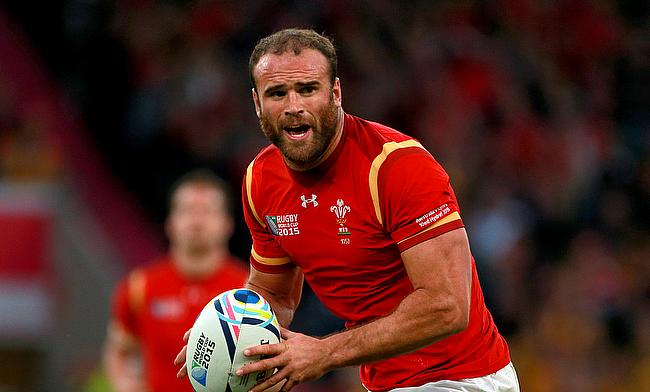 Wales centre Jamie Roberts urged the team to move on from their 8-32 defeat to Australia at Millennium Stadium on Saturday.

This was Wales' biggest defeat at home and their losing streak against the Wallabies continued since 2008. Since their victory against Fiji in the 2015 World Cup, Wales have played 12 Tests and have managed wins in only three games and it has been 14 years since Wales managed to win their opening game of the autumn internationals.

Australia scored three tries in the first half with Stephen Moore, Reece Hodge and Tevita Kuridrani crossing over while they added two more after half time through Bernard Foley and Dane Haylett-Petty. In response, Wales managed only eight points coming from a penalty by Leigh Halfpenny and second half try from Scott Williams.

"We have to look at the video and be honest and up front on Monday," Wales centre Roberts said.

"We just got beaten on the gain-line, and that is rugby, ultimately.

"In the first-half, as the game was going on, we just couldn't slow their speed of ball. Their ruck speed was very quick, so in defence we just couldn't get off the line and we made some poor reads, myself included.

"Rugby is about momentum, it's about speed of ball, and we just didn't win that battle against Australia. They played some good stuff in attack and caused us problems, along with some poor defensive reads from us."

Roberts also urged the team to address the mistakes they did on Saturday.

"Argentina will pose a similar threat with a lot of pace out wide, and if we allow them momentum, speed of ball and space in the game, it will be another tough day.

"It's certainly a kick in the backside for us, and we go into training on Monday and we have to address the issues."

Sam Warburton, Alun Wyn Jones, Taulupe Faletau, Jonathan Davies and Liam Williams missed out the game against Australia due to different reasons while Rhyss Webb is doubtful for the remaining games of Wales in the autumn internationals with an ankle injury.

Wales are scheduled to play Argentina, Japan and South Africa in their remaining fixtures of November Tests. Skipper Warburton is expected to return to the line up while Davies and Williams also expected to make a comeback.

"We've got to learn from it," Roberts added.

"Argentina are a formidable outfit this year, and they have improved a lot the last few years. We will rock up to training on Monday and learn from our mistakes and go again.

"You would like to blame a lot of different things for a result like that, but there is no point being too complicated about it. They beat us.

"The speed of ball, and certainly with the possession in the first-half, they blew us away. You can dress it up all you want, but we lost the gain-line battle."