Leigh Halfpenny delighted to return to action for Wales 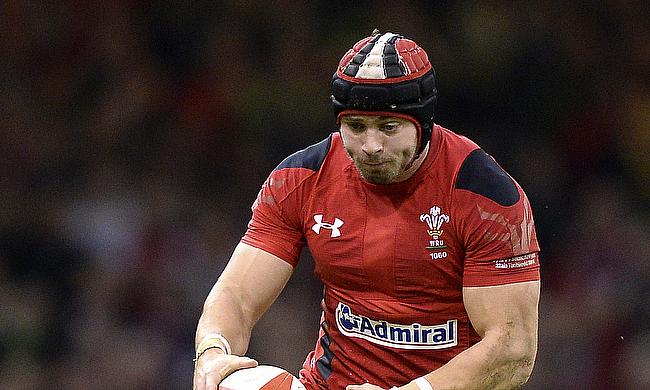 Wales fullback Leigh Halfpenny is set to return to action for his country on Saturday after remaining on the sidelines for 14 months with injury.

The Toulon star sustained a ligament tear on his knee during the Rugby World Cup warm-up game against Italy at Millennium Stadium in September 2015 and has been sidelined from playing for Wales since then.

Expressing his delight to be part of Wales again, Halfpenny said he is eager to take the field at Millennium Stadium on Saturday against the Wallabies.

"I am just absolutely delighted to hear my name read out to start against Australia - I am just over the moon to be playing after such a long spell away," he said.

"I have missed it, I've missed it a heck of a lot. I can't wait for Saturday."

Halfpenny, who returned to action for his club Toulon in June admitted it was tough to be on the sidelines for such a long period but he had to give the time for his knee to be healed completely.

"I think when you are injured, you want to use that time to improve on all aspects of your game," he added.

"Especially when you are out for such a lengthy period, you get a lot of time to work on your skills and other aspects of your game.

"Each week when I have played (since returning to action) I felt the knee was getting better. Pushing off it wasn't the same as before, but the surgeon told me that would be the case. Now, it is feeling normal again."

During the rehabilitation period, the 27-year-old missed the 2015 World Cup, Six Nations tournament and also the New Zealand tour. He went on to credit Wales for putting a brave fight in New Zealand despite them losing all the three Tests against the World Champions.

"It felt like a long time out, but just watching the guys out in New Zealand in June, I thought they were outstanding on that tour, particularly in those first two Tests.

"They had New Zealand there, but couldn't quite get the result in the end, but the boys can take a huge amount of pride and a lot of positives from those two performances."

With wing Alex Cuthbert returning from injury, Halfpenny might have to compete for the fullback position with Liam Williams. Even though Williams is ruled out of the game against the Wallabies, the team management believes he will be fit in time for the next Test against Argentina.

Halfpenny believes it will be a healthy problem for the team to have players competing for spots.

"With that competition, we're pushing each other. You are always looking to improve your game.

"Me and Liam are great friends. I was really pleased for him watching his performances in New Zealand. He was outstanding."