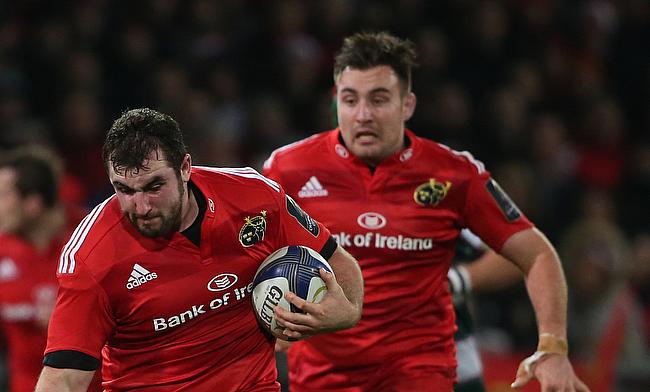 Munster Rugby have revealed that Ireland international James Cronin will leave the Pro14 club at the end of the ongoing season.

A product of Munster Academy, the 30-year-old made his senior debut for the club in April 2013 and has racked up 142 appearances for the club scoring 20 tries.

His 100th appearance for the club came during April 2018 against Ulster, a fixture which also saw him win the man of the match award.

Cronin's international debut for Ireland came in June 2014 against Argentina and has gone on to play three Tests with his last appearance coming during the 2016 Six Nations tournament.

“It’s with great regret that I announce my time with Munster Rugby will end this summer. It’s been a dream of mine to represent my province since I threw on my first jersey as a 6- year-old kid and I take great pride in knowing I’ve represented my province 142 times and my country on 3 occasions," he told in a statement released by the club.

“I have made many life-long friends in my time playing here and have learnt so much from some great men, most notably the late Garrett Fitzgerald and Anthony Foley, and I thank everyone that I’ve worked with from my days in the sub academy to the current day.

“I want to say a special thanks to my family and friends who have always been with me for the highs, but also the lows, that come with professional rugby. To all the Munster fans also a big thank you.

“I’m excited for my next rugby chapter and giving everything like I have done in my career so far.”

Munster hold the second place in Rainbow Cup table with two wins from three games and will face Cardiff Blues next at Thomond Park on Friday.