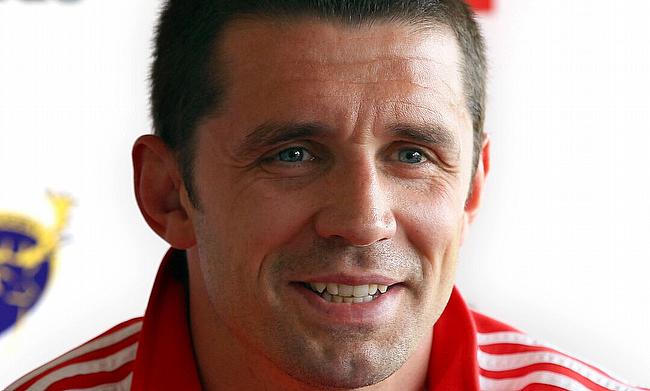 Former Munster player Alan Quinlan will be part of the Premier Sports team covering the PRO14 final this weekend
©www.inpho.ie

It is 10 years since Munster last won the Guinness PRO14 title - and their former player Alan Quinlan believes it is pivotal that they lift the trophy this weekend.

That will be easier said than done though, because on Saturday in the RDS Arena in Dublin (5pm), they will be up against Irish rivals Leinster in the final, a side who are used to winning this tournament.

Since the Scarlets shocked many to come out on top in 2016/17, Leinster have won the PRO14 in three consecutive years.

In total, Leinster are looking to win the event for the eighth time while Munster are seeking their fourth title in total and a first since 2010/11.

That day a decade ago, Munster won 19-9 at Thomond Park in Limerick against Leinster while in all competitions, the ‘Boys in Blue’ have won 102 to Munster's 48 with 11 games drawn when they have clashed over the years.

Leinster have also won the previous five meetings between the sides, all of which points to Leo Cullen’s men being favourites against Johann van Graan’s charges.

However, former back-row Quinlan - who played for Munster 212 times between 1996 and 2011 and lifted the European Cup with them in 2005/06 and 2007/08 - told TRU: “I have felt the last couple of times they have played that Munster have been getting closer and closer to beating Leinster.

“Leinster are a very good side, but their opponents have to try and find their vulnerabilities and really attack those. Munster have to find those weaknesses on Saturday evening and keep pounding away at them in a bid to put Leinster under pressure and see how they react.

"I think Munster have to win this game. It's really pivotal because they've just got to win a trophy - they have to turn the page on our era.

"We've been accused of this before as ex-players - I have, anyway - of talking about our era and our time and saying we were this and we were that.

“I'd love for the current players to say 'well, we've won a trophy' and close that page and get that feelgood factor back in the organisation.

“The exciting part for Munster is Joey Carbery at stand-off and what he can bring with his control and quality.

"And if you pick a backline of [Conor] Murray, Carbery, [Keith] Earls, [Damian] de Allende, [Chris] Farrell, [Andrew] Conway, [Mike] Haley [which they have] that's as good as you're going to get right across the board anywhere, even at international level that could match teams.

"But now they've got to deliver. Munster have had good teams before, but they've fallen short with that bit of quality and finishing.

“As for Leinster, well they can play in loads of different ways. They can play with width and expansion or they can dog it out, but they will want to get back to the former way of playing to get the better of Munster.”

Former Irish hooker Bernard Jackman - who played for Leinster, Connacht and Sale Sharks and coached Dragons and Grenoble - will be joining Quinlan working on TV coverage of the final and said: “This is a final that all rugby fans across the UK will enjoy.

“Both teams play brilliant rugby and the teams are evenly matched. There is real edge between these sets of players. It’s an unbelievable rivalry and no love is lost.

“Regardless of any of these players having recently been in a bubble together for Ireland, once you put on that blue or red jersey, it completely changes your mindset.  Leinster will want to put another nail in the coffin of Munster and keep them down. Munster will see that they are running out of chances to change the whole dynamic.

“I think it will be fascinating and incredibly close – it will be down to one error or one bit of magic.”

Premier Sports is currently broadcasting in the UK and Republic of Ireland with live and exclusive rights to the Premier League, LaLiga, Serie A, Guinness PRO14, Scottish Cup and Betfred Cup, GAA, NHL, NASCAR and also operate BoxNation, a dedicated boxing channel.

To find out more visit www.premiersports.com