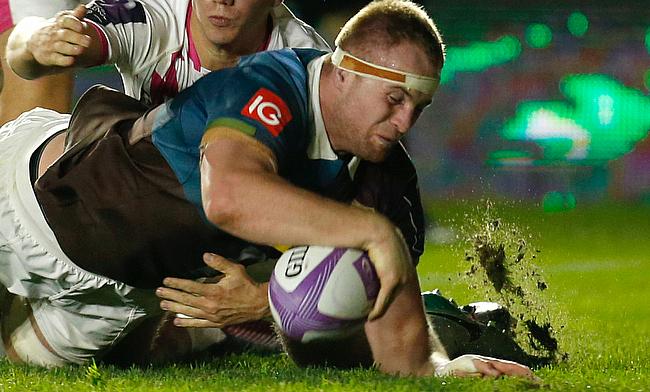 James Chisholm has been with Harlequins since 2013
©PA

Back-row James Chisholm will continue to feature for Harlequins after signing a new deal with the Gallagher Premiership club.

Born in Sussex, Chisholm started playing for Haywards Heath RFC before he joined Harlequins Academy in 2013 and went on to make the senior team debut later in the year in the Anglo-Welsh Cup.

Chisholm also captained the club this season in the absence of Chris Robshaw and James Horwill where they are positioned third in the Gallagher Premiership while also making to the play-offs in the European Challenge Cup.

“Everyone always talks about winning but under Gussy we know exactly what we have to do to win and I am loving being a part of that," he told the official website.

“There is a vibrant atmosphere around The Stoop and the training ground right now and we are learning something new every day.

“Harlequins has been my only club; I am so pleased to be re-signing for them and can’t wait to start winning trophies to reward our endeavour.”

Meanwhile, Harlequins head of rugby Paul Gustard lavished praise on Chisholm and further added that he is integral part of the club set up.

“Baby Chis has been a key part of creating a winning environment at the Club this season and thoroughly deserves his new contract.

“He has been almost an ever present for us this season and has led the team from the front with his destructive ball carrying, hard hitting defence and his constant work ethic. He has a real appetite to get better and improve.

"He is very proactive in seeking feedback and looking for areas of his game to improve, which is a really positive sign for someone who is young and very clear in what he wants to achieve.

"He epitomises the kind of player we need at this Club – he is talented, he is ambitious, he is a stand-up character and he knows how to have fun.

“It is these qualities that we looked for when Chris and James were both sidelined and as a coaching group we knew he would respond positively when handed the captaincy for a number of important matches earlier this season."