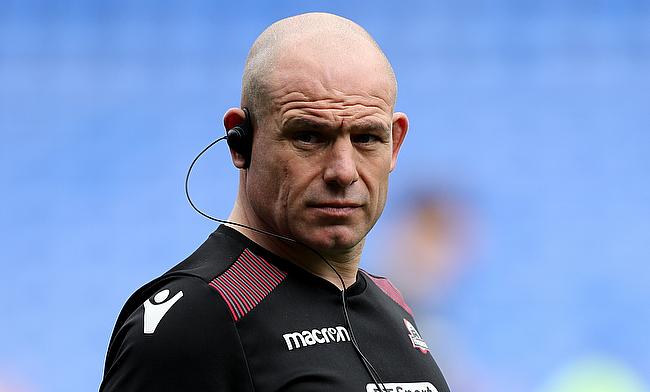 The 26-year-old joined Edinburgh in 2017 and has made 66 appearances for the club amassing 373 points. He played a pivotal role in the club reaching the final in the 2017/18 season and also the quarter-final in the Heineken Champions Cup in the 2018/19 season.

Having qualified to play for Scotland with residency rule, he made his debut for the Dark Blues during the Autumn Nations Cup game against Ireland.

“I have fallen in love with this city. My wife and I have made it our home and we’re delighted to have committed to spending our future together in Edinburgh.

“It’s been absolutely brilliant, and my family and the club have played a huge role in supporting my wife and I and encouraging us to chase our dreams.

“Playing here has definitely tested my game. I’ve really had to develop my skills. I still have a lot more to learn about the game and I’m excited to grow and develop those skills with Edinburgh.

“The club is in a good place and we’re building a really strong side. It’s important we continue playing the game we know, stay positive and work hard."

“Jaco has been a very consistent performer since joining the club in 2017. We’re delighted he’s staying here in Edinburgh.

“His attacking attributes, kicking ability, bravery in defence and overall knowledge of the game are pivotal to the way we play and he’s been a top-class operator in the number 10 jersey for the last three years.

“We were thrilled to see him make his Scotland debut at the tail end of last year. Jaco has worked incredibly hard on his game and showed he was capable of making that step up to international rugby. It meant a great deal to him and we were all really proud of his achievement.

“Jaco is a good man who takes great pride in representing Edinburgh and Scotland. It’s a huge boost to have him extend his stay here.”