Jaco Kriel to rejoin Lions after early release by Gloucester 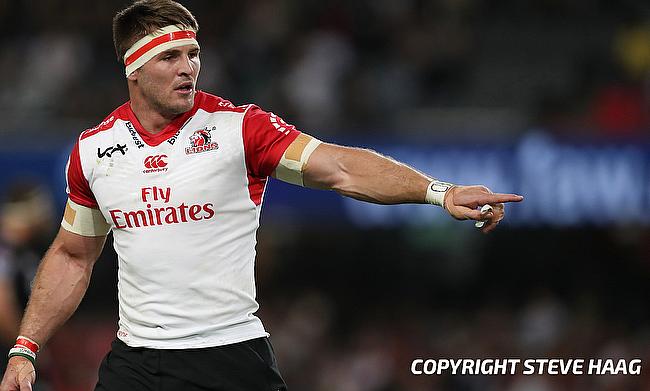 Jaguares outplay Lions with 38-8 win
Fixtures for British and Irish Lions' 2021 tour of South Africa unveiled
Lions edge out Taunton as TJs return to the top
Scotland and Lions legend Renwick: Hogg can sidestep his way back to top form

South Africa international Jaco Kriel is set to rejoin Super Rugby side Lions after he was granted an early release by Gallagher Premiership club Gloucester Rugby.

Kriel made his Super Rugby debut with Lions in 2011 and also featured for Kubota Spears for two years before heading to Kingsholm ahead of the 2018/19 season.

However, the 30-year-old's appearances for the Cherry and Whites was limited to 20 that includes 16 Premiership games with injuries hampering his progress with the club. He was on the sidelines since last November after sustaining an ankle injury and has now decided to head back home.

"But Jaco has personal reasons for wanting to return home and, although we very much want him to stay, we are sympathetic to his request.

"We are fortunate that the back row is a position of strength for us.

"He has been so unfortunate with injuries, but I am delighted he has now got the opportunity to get back playing Super Rugby with the Lions."

Kriel thanked Gloucester for the support and regrets the timing of the injury that has forced him to undergo rehabilitation in South Africa.

“I have genuinely loved it here. It’s an outstanding club with outstanding people and, despite the injuries, I don’t regret a moment of it. I’m just sorry that I couldn’t deliver more out there on the pitch.

“Gloucester Rugby will always mean a lot to me though, and I genuinely wish them all the very best going forwards and will have fond memories of my time as part of the Gloucester family – especially matchdays at Kingsholm, they were special moments.

“Thank you for making me so welcome – I will always appreciate that.”