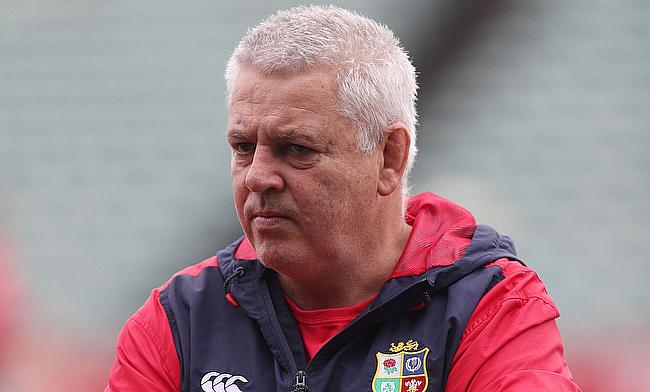 The British and Irish Lions have unveiled the fixtures for the 2021 tour of South Africa that will kick-off in July 2021.

This will be the 14th time the Lions will tour South Africa having previously won four and lost eight and will be second time they will face the Springboks since 2009 when they lost 2-1.

Warren Gatland, who recently stepped down from his coaching role with Wales will be in charge of the Lions for the third successive time after previously managing a series win over Australia in 2013 and a drawn series against New Zealand in 2017.

The tour will kick-start on 3rd July with a warm-up game against DHL Stormers in Cape Town followed by clashes against South Africa Invitational, Cell C Sharks, South Africa A and Vodacom Bulls on 7th, 10th, 14th and 17th July respectively.

The first Test of the three-match series against the World Champions South Africa will begin on 24th July at FNB Stadium in Johannesburg with the second game scheduled at Cape Town Stadium on 31st July.

The third and final game will be played at Emirates Airline Park in Johannesburg on 7th August.

“I am absolutely thrilled with how this schedule looks,” said Gatland, whose Lions beat Australia in 2013 and drew the series with New Zealand in 2017," said Gatland to the official website of the British & Irish Lions.

“Touring South Africa is always a huge challenge, not only from a rugby perspective, but also in terms of the venues and the conditions facing the players.

“We are very comfortable that three of the games, two of which are Test matches, will be played at altitude. Our schedule falls in a way to allow us to start at sea level before building up and acclimatising to the unique environment that playing at altitude presents.

“Ensuring the team are absolutely primed for the Test matches is a critical element of any Lions Tour, and I am confident the quality of opposition we will face in the opening weeks will get us ready to take on the Springboks.

"The Bulls, Sharks and Stormers are all tough sides and present different challenges, which is exactly what we want.

“Moreover, the venues we have agreed – some of which will be new to the Lions – open up the matches to a vast audience and will undoubtedly provide an unforgettable experience for the players and travelling supporters alike".