ITM Cup Round Up and Week Six Preview 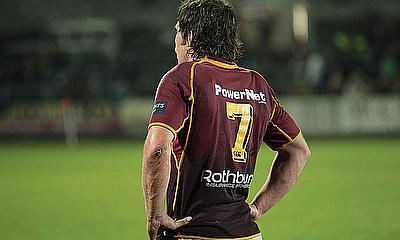 ITM Cup Round Up and Week Six Preview

We are now over the halfway stage of the regular season and the top four in the Premiership is starting to take shape. Tasman and Canterbury remain unbeaten whilst Auckland and last year’s Champions Taranaki are starting to make their moves.

As for the Championship, Hawke’s Bay lead the way while Wellington remain firmly on their coattails with Bay of Plenty just behind. Elsewhere, Northland are still in search of their first points of the season after five weeks of the ITM Cup 2015. Here is a round-up from Weeks Four and Five and preview of this week’s action.

Week Four saw four teams all notch up 50 points or more in their matches in one of the highest scoring round of the ITM Cup so far.

Canterbury, Auckland, Wellington and Taranaki all scored a half century of points on their travels and for Taranaki in particular, the points and the win were huge after a slow start to this season’s competition. Taranaki had two games in Week Four and won both which really has kicked started their campaign.

The Premiership leaders Tasman maintained their perfect start with a win over Otago whilst Hawke’s Bay made it four wins from four with victory of North Harbour. Bay of Plenty added to Counties torrid start to the season as they took away the points from Auckland.

The gulf in class between the Premiership and Championship division was shown to an extent last week as the top four showed their superiority.

Premiership league leaders Tasman blew Wellington’s 100 per cent start to the season out of the water with a 17-36 victory while Canterbury  put in a convincing display at home against Hawke’s Bay. The Magpies joined Tasman as the only two sides who have won every game so far this season.

Below them in the table are Auckland and current ITM Cup holders Taranaki. Auckland opened Week Five with a hard fought victory against last year’s Championship winners Manuwatu  before rounding the week off with a bonus win against Otago to cement third place in the league. As for Taranaki, they were too good for Bay of Plenty making it three wins in a row.

Elsewhere, Brad Weber inspired Waikato to a narrow win over Southland and  Manuwatu won their second game in the week as they charged past a hapless Northland side who are still searching for their first win of the season. North Harbour also won against Counties.

Tasman maintained their 100 per cent start to the season as they thrashed North Harbour 39-20 this morning, to begin Week Six of the ITM Cup. Here are the rest of the fixtures from this round.

It is safe to say Wellington do not want to hang around in the Championship division for long after relegation last season. They have started this campaign in fine fettle, but their winning start came to an end against a very impressive Tasman side last week.

They take on their fourth Championship side of the season this weekend in the form of Otago and Wellington have won all of their games against Championship opposition so far. This will also be their third game at home this campaign.

As for Otago, they sit sixth in the Championship with just one win from their first six matches. In fairness, they have played three of the top four in the Premiership in the last three matches and their solidarity win came against last year’s winners Taranaki. I do think this will be a tough test for Otago and I feel Wellington will bounce back straight away from that defeat to Tasman.

In terms of Waikato, they lie fifth in the Premiership table with three wins from their five matches. They returned to winning ways last week against Southland after they were humbled by Auckland and they have won both of their away games this season so far.  Waikato have won just 19 of the 77 games played against Taranaki and haven’t beaten them since October 2013. With that in mind, even though it might well be a close affair as fourth take on fifth, I think the hosts might just edge it.

This all Championship contest sees the league leaders Hawke’s Bay welcome third place Bay of Plenty to Naiper. Hawke’s Bay are top of this division by a point and, like Wellington, they lost their 100 per cent start to the season last week as they came unstuck against strong Premiership opposition in the form Auckland. Hawke’s Bay have won all three of their games against Championship sides this season and are yet to lose at home.

As for BoP, they are seven points behind Hawke’s Bay having played a game more, but importantly they are in that top four as it stands.  They have won three of their six games, but just one of them came on the road. For me, this game will be a home win.

This is one of the Championship/Premiership clashes which is taking place in Week Six and Manawatu will be hoping to move away from the bottom half of the table with a win this weekend. Manawatu have picked up just one win since their promotion last season, but have secured five bonus points so far. Its clear they are putting in solid performances and they may fancy their chances this weekend against Southland.

The hosts are fifth in the Championship and like Manwantu, have won just once this season. That victory came against Northland on August 22nd which was away from home. In terms of a predication, this will be my first away win of the week.

This is bottom in the Championship against bottom in the Premiership. There is only one win between the sides and that victory is with Counties who won their opening game of the ITM Cup against Manawatu.

However, since then, they have suffered five straight defeats. Counties will also be without Captain Jimmy Tupoa as he is suspended after dangerous charging in the ruck against North Harbour last week.

Northland are the only side in this season’s ITM Cup without a win and without any points to their name. They are six points behind Otago – who are the nearest team to them in the league - and I can see this game being the perfect opportunity for Counties to claim their first away win of the season.

North Harbour lost their first game of Week Six against Premiership table toppers Tasman and now they have another tough assignment when they welcome second placed Canterbury to Albany on Sunday.

North Harbour will take a lot of positives from their defeat to Tasman as they were just 14-13 down at half-time. Great work in the pack by Nic Mayhew and Gerard Tuioti-Mariner was aided by backs Nafi Tuitavake and Michael Little and it certainly is something to take forward into this weekend.

They now face Auckland who they upset in Albany 12 months ago. The visitors have won all five of their games this season and a bonus point win would put them a point behind Premiership leaders Tasman.

North Harbour sit fourth in the table with just two wins to their and despite Canterbury not winning in Albany for two years, I think Canterbury will make it six from six this Sunday.

This is arguably the game of the week as top take on third in the Premiership. Tasman have now won all six of their games this season as they ended their hoodoo against North Harbour this morning when they beat them for the first time since 2006.

They ran in six tries, but didn’t really have to go through the gears as they maintained their superb start to the season. Marty Banks came off the bench as he produced an outstanding solo try to shrug off the challenge of North Harbour and which was helped by a sensational hat-trick from Viliami Lolohea.

Tasman must refocus for the visit of Auckland this Sunday who have won four of their six matches this season and drawn one. Auckland  are unbeaten away from home, but they haven’t beaten Tasman since 2010 when they won 49-10.

Tasman’s first ever win against Auckland came last season and because they are in such fine form, I will back them to make it two wins from two this weekend.