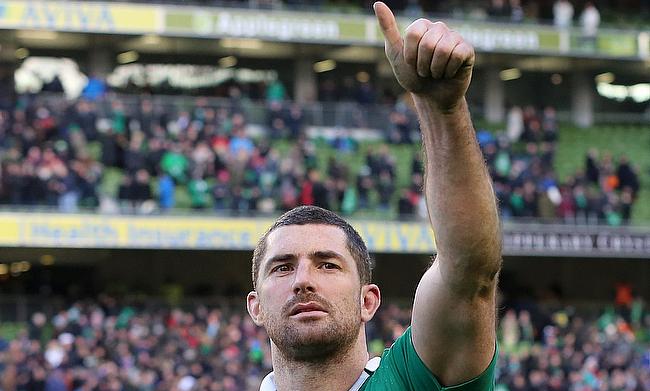 Rob Kearney has recovered from a calf problem
©PA

Ireland have received a much-needed boost ahead of their Rugby World Cup opener against Scotland in Yokohama this weekend after Rob Kearney and Keith Earls declared fit for the key encounter.

Kearney, who just needs five more Tests to reach the 100-game milestone has recovered from a calf problem while Earls has overcome a thigh injury.

Assistant coach Andy Farrell confirmed the news on the duo's fitness while revealing Robbie Henshaw is ruled out of the clash.

"We're pleased with how things have gone today," said Farrell.

"There are a few protocols that they need to go to, so that's what we need to adhere to with the medical staff. But they are very happy.

"They are available, so we've obviously another session to go on Friday.

"It's Wednesday. The game's on Sunday, so we're building nicely. Everybody (barring Robbie Henshaw) is available for selection."

Farrell also added that Joey Carberry has also passed the fitness test and is likely to take the place on the bench.

Following the game against Scotland, Ireland will also face Japan, Russia and Samoa in the remainder of the opening round.