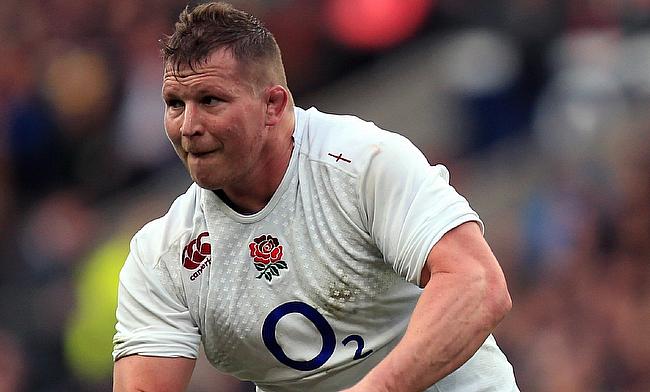 Five England U20s players to look out for
England international Teimana Harrison signs new contract with Northampton Saints
Sam Underhill to miss England's Six Nations campaign
Who is in your England XV for the 2019 World Cup?

England will be without skipper Dylan Hartley for the upcoming Six Nations 2019 opener against Ireland at Aviva Stadium after the Northampton Saints' hooker failed to make sufficient recovery from a knee injury.

Hartley, who has played 97 Tests for England has not been in action for nearly four weeks and his absence in the opening round of the competition means Owen Farrell will take over the reins of the side.

“Unfortunately, Dylan won’t be available for the Ireland game so we won’t take him to Portugal but we are hopeful he will be back later in the Championship," said England coach Eddie Jones.

"Owen will be captain by himself and he will certainly have great support from a number of senior players.”

Mako Vunipola, Ellis Genge, Joe Launchbury and Billy Vunipola all return to the squad after missing out on the November series while Jack Clifford and Ollie Devoto also make a comeback to the squad.

The squad also features four uncapped players in Gloucester wing Ollie Thorley, Saracens back-row Ben Earl, Wasps scrum-half Dan Robson and Worcester hooker Jack Singleton as they are set to assemble in Portugal on Wednesday for a training camp following which a trimmed 25-member squad will head to Dublin on month end to take on Ireland.

“The first thing when we get together as a squad is to get our cohesion back," added Jones.

"The players have been playing for their clubs with different styles and different playing philosophies, so it’s about getting them thinking about playing the England way.

"The second thing is to get our togetherness stronger to work as hard as we can to make sure we are well connected on and off the field so Portugal is an important camp for us.”

Chris Robshaw and Jonathan Joseph are unavailable for selection due to injuries while prop Dan Cole has been recalled with Danny Care missing out.

“Ireland is the best side in the world. They are a very well coached and drilled side and have particular things they do well in the game. To beat Ireland, we need to compete brutally in all the contest areas of the game," Jones concluded.

The last time these two teams met was during the final round of the last year's Six Nations when Ireland defeated England 15-24 to complete a Grand Slam.