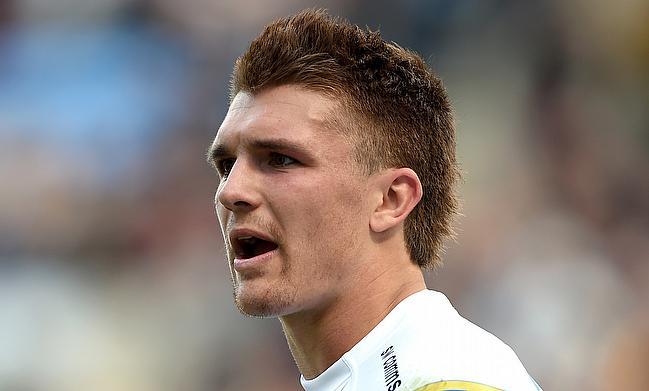 The last World Cup in 2015 was one of the darkest times in England's recent history, but this September, they head to Japan with cautious optimism after an encouraging Autumn. Joe Harvey selects his starting XV for this year's tournament....

An extremely mobile player, who will carry the ball over 20 times a game, as well as hitting over 20 rucks and a world class scrummager, only injury would stop Mako being England’s number one in Japan.

2. Jamie George (Saracens) – For several years, people have been calling for George to start ahead of Dylan Hartley at international level. George is, arguably, a more mobile option than his competitor and is reliable when throwing in the ball at the line-out. Out-performing Hartley when coming off the bench on many occasions, many now think that George has solidified his starting place.

What is clear is that George is a more all-rounded player in comparison to the Northampton Saints captain. Due to Saracens’ rotation policy, there is a possibility that George will be fresher than many of his positional rivals, meaning that he could produce better performances.

3. Kyle Sinckler (Harlequins) – Since Dan Cole’s apparent exile from international rugby, Kyle Sinckler has stepped up massively at tighthead for his country. Preferred to Cole during the 2017 British and Irish Lions tour, it is no major surprise that Sinckler has thrived as one of England’s main men.

Good at the breakdown, with ball in hand and at scrum time, Sinckler is the complete propping package. With a tendency to rub his opposition up the wrong way, he will draw penalties to give his side the advantage. Harry Williams is the closest competitor to the Quins man, but Sinckler’s experience gives him the upper hand.

4. Maro Itoje (Saracens) – What superlatives are left to describe Maro Itoje? Well, generally speaking, none. A somewhat versatile player, Itoje has chopped and changed between blindside flanker and lock, with many deciding that the latter position is his stronger. Now consistently in the four shirt for both club and country, it’s difficult to believe that at the tender age of 24, Itoje has nearly won everything in the game.

149 - England's Maro Itoje hit 149 rucks in total during the November Tests, more than any other Tier 1 player, while teammate Mark Wilson was the first man to the ruck on 83 occasions, no other player reached the breakdown first as often. Tireless. ?? pic.twitter.com/PxhBFm37VY

An extremely experienced player, despite his young age, Itoje is already part of the leadership group, proving how important he is off the pitch. On the pitch, he is a safe pair of hands when carrying the ball, a consistent line-out option, in both attack and defence, and a valuable defender. The only criticism of Itoje in a tendency to give away penalties.

5. Courtney Lawes (Northampton Saints) – This will be Lawes’ 10th year as an England international, and his recent performances at club level probably warrant him being in this side. With several of his second-row competitors injured for parts of this season, Lawes’ solid performances saw him involved for England’s Tests in the Autumn.

This will actually be Lawes’ third Rugby World Cup, so the experience that he would be able to bring to a relatively inexperienced forward pack could be vital. With immense physicality at the tackle, Lawes is probably the closest thing England have to an ‘enforcer’. He boasts a strong game where he can carry the ball well and win line-outs upon request.

6. Mark Wilson (Newcastle Falcons) – What is there to say about England’s Man of the Autumn Series? Signing a new contract with Falcons last week, Wilson is such a reliable performer for club and seemingly country. Playing across the backrow for Newcastle and England this season, Wilson seems to play best at blindside where his main aim is carrying the ball and hitting rucks.

Another thing that can’t be questioned is his work-rate. Playing the full amount of time for England in each of the Autumn tests, Wilson showed no signs of slowing down until injury two weekends ago. Likely to play a large part in England’s Six Nations campaign, Wilson should really start in Japan.

7. Sam Underhill (Bath Rugby) – Currently in the physio room, Sam Underhill was outstanding for England in the Autumn internationals. Having a try chalked off against the All Blacks, the flanker used his athleticism to turn Beauden Barrett inside out for what would have been a winning score at Twickenham.

Particularly impressive at the ruck, Underhill is probably England’s only breakdown specialist playing at openside. With Tom Curry previously holding the seven shirt prior to his injury, Underhill is probably the favourite as he has less flexibility in the backrow. Curry and the majority of England’s backrow players have the ability to change position, however, the specialism of Underhill at openside gives him the edge.

8. Billy Vunipola (Saracens) – This is probably the boldest selection in this team. Billy Vunipola has barely pulled on an England shirt for two years, after a succession of horrific injuries. Recently recovering from another broken arm, his performances since returning from injury have been nothing short of fantastic.

Weighing in at 130kg, Billy offers a threat in both attack and defence for whoever he plays for. Breaking the gainline pretty much every time that he carries the ball, England have missed Vunipola massively in recent times. Without him, the national side doesn’t seem to click in the way that England fans would like.

9. Ben Youngs (Leicester Tigers) – Not England’s most experienced scrum-half, that crown with Danny Care, but Ben Youngs has been favoured by Eddie Jones for the entirety of the Australian’s tenure. A more balanced, and possibly level-headed player, Youngs is extremely reliable at providing front-foot ball for whoever he plays for.

Perhaps not enjoying his finest form in a Tigers shirt, Youngs is only rivalled by Richard Wigglesworth for his ability as a game-manager. With Youngs now being in his ninth year of international rugby, he does have more caps than Wigglesworth and has been a proven performer for England in recent years.

10. Owen Farrell (Saracens) – Eddie Jones’ insistence on Farrell and Ford playing together seems to have ended, with Farrell now being the obvious choice to start at flyhalf at the Rugby World Cup. Now one of England’s captains, Farrell is a player who has divided opinions due to his attitude and tackling technique.

"He is driving those standards every day."

"He is always practising unbelievably hard."

Alex Goode touches on what sets Owen Farrell apart after another impressive year for the @Saracens star in 2018 ??#RugbyTonight pic.twitter.com/rDzZ4zs2Hk

What can’t be questioned is his ability. Farrell’s distribution of the ball, especially on the front foot, is exceptional. Carrying the ball to the line, he passes the ball flat allowing his teammates to break through the opposition defence. Added to this, his reliable kicking and game management are major weapons which means Farrell is not only one of England’s best players, but one of the best players in the world.

11. Elliot Daly (Wasps) – Seemingly unsettled at Wasps, Elliot Daly is still, undoubtedly, one of the best players in Europe. Capable of playing pretty much anywhere in the back-line, Daly is perhaps one of the more versatile players Eddie Jones has in the ranks. Quick and with good distribution, Daly originally played on the wing for his passing ability.

Not totally convincing at fullback in the Autumn, it would make sense to move Daly back out to the wing, a position that he seems to regularly occupy for Wasps. It is also the position that Daly has played the most international rugby, for both England and the Lions. With a howitzer of a kick, England may have to capitalise with long range penalties.

12. Ben Te’o (Worcester Warriors) – A big reason for Te’o getting the 12 shirt is so that England have some continuity at flyhalf and inside centre. Playing with Farrell for the majority of the Autumn, the pair linked up quite well, with Te’o making some lung-busting runs on several occasions.

Now back starting for Worcester, Te’o has the opportunity to finally build up some momentum through the Six Nations and the rest of the Premiership season. England fans haven’t seen the best of Te’o yet. Hopefully we will in Japan.

13. Henry Slade (Exeter Chiefs) – Like Te’o, the inclusion of Slade at outside centre is as a result of needing continuity. With Owen Farrell playing with another playmaker at outside centre at club level, it makes sense for England to play in a similar fashion. Playing this position throughout the Autumn internationals and in South Africa last summer, Slade is likely to keep his place, even with the imminent return of Jonathan Joseph.

Henry Slade gives Chiefs some daylight at the Ricoh. pic.twitter.com/Fu8eytybK5

With his club future decided, Slade has pushed on following a short injury spell. A very well-rounded player, Slade’s kicking from hand is something that a lot of England’s centres don’t seem to have, really setting the Devonian apart from his positional competitors.

14. Joe Cokanasiga (Bath Rugby) – The first time Joe Cokanasiga touched the ball for England, there was an expectation that the 21-year-old would produce something special. We weren’t disappointed. A man of the match display on his debut against Japan, Cokanasiga had a strong performance the following week against Australia. What was impressive was that the Bath wing retained his place when Chris Ashton and many other established international players, were benched and even not included.

Cokanasiga has been a favourite of Jones for some time, getting his first selection in 2017, when his then club, London Irish, were still a Championship side. A strong and quick winger, he is a player that England haven’t really seen in the backs before. Trusted by his head coach, Cokanasiga could be one to watch in Japan.

15. Mike Brown (Harlequins) – Probably, the most controversial name in this team-sheet, recently shunned Mike Brown is the starting fullback in this team. Currently playing out of his skin for Paul Gustard’s Harlequins, Brown is making people wonder if Eddie Jones will recall England’s most capped fullback.

It’s this experience that sets Brown aside from the likes of Anthony Watson, Elliott Daly and even Chris Ashton. At the age of 33, this is likely to be Brown’s final World Cup, so why wouldn’t Jones include a reliable player wanting to give their all for their country one last time?