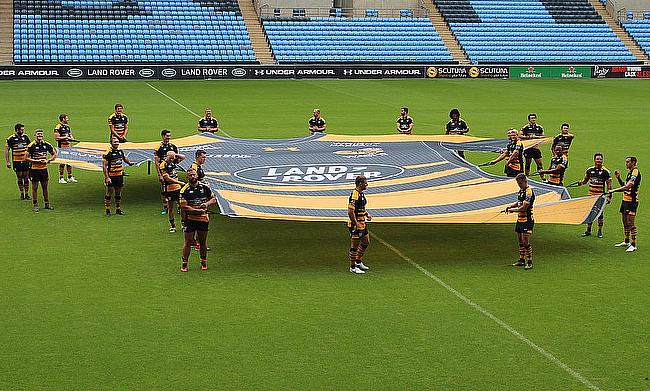 A win for Wasps this weekend at the Ricoh Arena is likely to confirm a Champions Cup place for next season. But, regardless of the result, it will be Ian Costello’s final game as the club’s defence coach.

Returning to Munster to become Munster Academy Manager, it is very much a coming home story, with Costello having already worked with the province’s academy whilst an IRFU Elite Player Development Officer, then as the U20s coach, rising through the ranks to be an assistant coach.

Coming to England in 2016 in order to become Nottingham’s head coach in the Championship, before moving to the West Midlands in order to lead Wasps’ defence as their hunt for silverware continued.

It was last year that the club reached the Premiership Rugby final, Exeter Chiefs ending the night with a trophy lift following their 19-13 win at Twickenham. A special year for the club, given the midseason departure of Dai Young, it is one that will live long in the memory of many.

This year has seen Wasps fall down the table again, currently placed in seventh, a point shy of this weekend’s opponents, Leicester Tigers.

In any other year, seventh wouldn’t be deemed as good enough, but with the Champions Cup having been restructured again, finishing in the top eight will mean a place in continental topflight rugby will be secured.

Each team comes into the tie off the back of extremely contrasting results. For Leicester, they felt as though they were left shorthanded against Bristol, having been camped in the Bears 22 for much of the closing minutes, whilst Wasps’ second half comeback against London Irish was the things dreams are made from.

?? "You can roll over... or we can FIGHT" pic.twitter.com/Y8enycBFVM

Trailing 33-10 at the break at the Brentford Community Stadium, three tries from Tom Willis, as well as efforts from Marcus Watson and Josh Bassett meant that the end score was 36-39 in favour of the visitors.

“It has got to be in my top two or three memories at the club,” Costello said, “probably because of the spectrum of emotion. I was just thinking (at half time), how are we going to turn this around? And then you had to stay calm and try to dig into your reserves around you and feel what has worked before.

“Lee (Blackett) was brilliant at half time, he was so calm, he just touched the right note. There is a time to throw things around the place and kick off, that wasn’t one because we were shell-shocked. They came at us up the middle of the pitch, got gain line and we just couldn’t stop them.

“Defensively we were just struggling so badly with collisions and everything they did stuck, so we just knew in the second half we had to reset. I think what everyone will remember is we got some really good tries and we got them at opportune times, but the other thing is that we had two massive goal line sets.

“The forwards held out, affected the delivery of one lineout and we defended the line and then in one corner, we got a turnover right on the line. That was on 68 minutes, so that gives us the chance to dig in and go and win it again, and it took a while, but we stayed on task and that was what was really pleasing.

“There were some great scenes after. Personally, I really struggled to contain my emotion at the end.”

The IRFU and @Munsterrugby are delighted to confirm that Ian Costello has been appointed to the role of Academy Manager for the province ????#ShoulderToShoulder #SUAF

In the past few days, Wasps have announced more of the names that will be departing the club this summer. With seasoned campaigners Juan de Jong, Tommy Taylor, Simon McIntyre, Kieran Brookes, Callum Sirker, Lima Sopoaga, Will Rowlands and Ben Vellacott all departing along with Costello, there is plenty of motivation to finish on a high on Saturday.

“I think it is going to be emotional for a lot of people,” Costello said. “There is people leaving the club that have been here a lot longer than I have and we owe it to them. It is our last time together as a group, there is quite a bit of change, and it is our first opportunity to play at home in front of our own crowd in a long time.

“I would be lying if I said it wasn’t going to be special, a very emotional week in terms of trying to keep very much on task. We have a big job to do, we have got ourselves in a position, but are also conscious that next Monday morning my time at Wasps is up.”

Having put so much into their win over London Irish, there is a concern that the emotional upheaval of their comeback could leave Wasps lacking against Tigers. Whether that be fatigue or quite simply being unable to replicate their performance.

“We themed around, essentially, knockout rugby. It was essentially our final, so everything for the week was geared towards that and I think that was reflected in the last seven or eight minutes when we had to go out there and get a job done.

“This week it is probably a bit different, what is our cause this week? We are playing at the Ricoh in front of supporters for the first time in a long time, it has been a frustrating season, people have stuck with us and we get a chance now to show what we are about in front of those people.

“Then, you have got a number of players that mean a lot to other players, that are leaving the club and have been here a long time. I just think that rugby at this level is often about emotion, so I think we will certainly be in the right place, it’ll be a question of whether we’re accurate and good enough outside of that.”