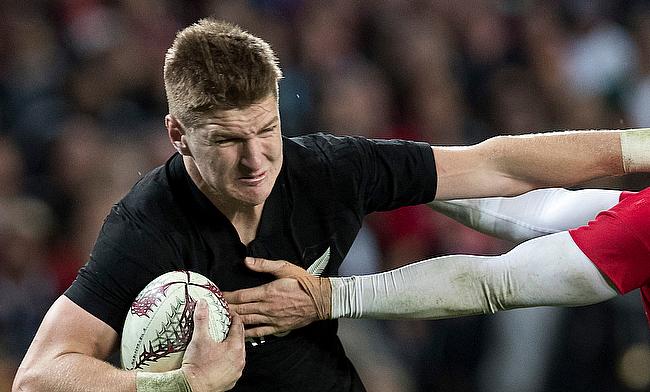 Despite the defeat, Crusaders hold the top place in the table with 19 points while Hurricanes are at second with 16 points.

Jordie Barrett started the proceedings with a ninth minute penalty kick for Hurricanes but Richie Mo'unga cancelled it out with a three-pointer of his own in the 12th minute.

Jack Goodhue breached the defence of the visitors and offloaded to Mo'unga, who scored a converted try in the 18th minute but the teams were hardly separated as Canes responded back with the first of Goosen's try at the start of the second half.

A long pass from Sevu Reece set up Crusaders' second try with George Bridge dotting down around the half-hour mark but Goosen's second in the 35th minute and a penalty from Barrett at the stroke of half-time meant the teams finished the first half with a 17-21 scoreline.

Mo'unga with a three-pointer at the start of the second half reduced the gap between the two teams to just one point before Jordie restored four-point lead for Hurricanes with his own penalty kick in the 59th minute.

Hurricanes thought they took control of the game when Joe Moody and passed out to Peter Umaga-Jensen in the 62nd minute to increase their lead to 11 points but tries from Quinten Strange (68') and Reece (76') kept Crusaders in the hunt making the scoreline 32-34.

Any chance of a Crusaders' win was put off when Strange was yellow-carded at the closing stage as Hurricanes completed a thrilling two-point victory.