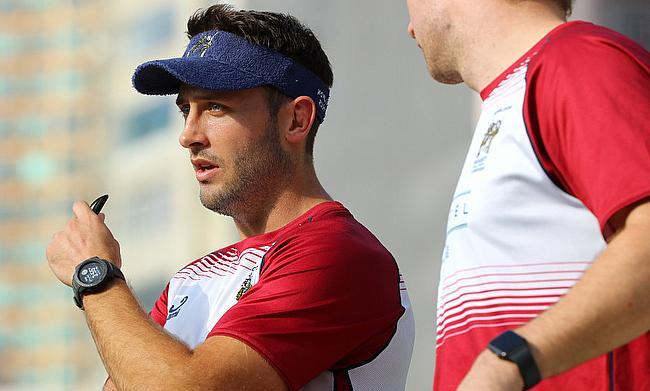 University Rugby remains close to Tonkin’s heart as he heads to the Premiership
'The National Leagues have been a massive learning curve'
National One - 2018/19 Season Review
Johnny Leota Column: My National One experience and life after rugby

"On my first game there, I was taken off after 26 minutes and I was wondering where my Rosslyn Park career was going,” Scott Sneddon began.

“We had just conceded a rolling maul try and it was my fault. I was dropped the week after, but I ended up taking over as backs and attack coach, as well as playing, and I ended up playing the next 26 games!

"It was a funny start, but the four years at Rosslyn Park were probably four of my favourite years, in terms of playing and coaching, up until now.”

Playing for Rosslyn Park between 2013 and 2017, Sneddon was a stalwart at the club before joining the Hong Kong Rugby Union as a full-time coach. Now halfway across the world, the former Cardiff Met student confessed to still checking their scores every Saturday and still has many fond memories of the club.

“We had a great group of players that were all about the club and would always put the club first, that’s why we were really successful in the first few years,” Sneddon said. “The club really look after the players and the quality of rugby was good because we had a lot of players that probably could have played a higher standard of rugby.

“I owe a lot to those guys. They were great. Shaun Justice was the general manager when I first went there and I was fortunate enough to work alongside Alex Codling before he moved on. Then, me and Kieran Power led things up. The opportunity there was brilliant, and I really enjoyed National One as a league. Some good away trips and some good bus journeys, but the standard of rugby was brilliant.

“I’ve still got quite a few mates there and I know they missed out this year and Ampthill and Old Elthamians had pretty strong seasons. I’m really good friends with Kieran Power and Adam Frampton, he’s one of my groomsmen this summer when I get married actually!

“I frequently have chats with Kieran and see how the boys are doing. We share videos of both teams and I give him some of my thoughts and it is quite good that we have that sort of relationship.”

After four productive years in London, Sneddon moved on to coach in Hong Kong after visiting former Wales Sevens player Tom Isaacs .Initially joining the Union as a kicking and skills coach, the Welshman took on the role of backs coach following the Rugby World Cup repechage tournament that took place last November to decide which nation would get the final spot in Japan later this year.

Sneddon said that the coaching group were frustrated by their campaign in Marseille: “We should have and could have (qualified) which is the reality of it. We reviewed and we felt that we didn’t have good enough warm up games in the lead up to it. Guys were playing their league games and then we had ten days in Wales and had two games against opposition that, unfortunately, weren’t the standard that we were going to come up against in terms of Germany, Kenya and Canada.”

After losing their first game to Germany, Hong Kong went on to beat Kenya meaning that a bonus point win over Canada would take the Asian nation to a Rugby World Cup on their doorstep, however, it wasn’t meant to be.

“Canada has been in every Rugby World Cup, so it was always going to be an uphill task and the weather was absolutely terrible,” added Sneddon. “We had to try and get a bonus point in conditions that were not made for that. It was frustrating leaving and it was a strange feeling of disappointment.”

Despite the not qualifying, Sneddon says that he and the rest of the coaching staff have been able to take a lot of positives from their disappointment in France: “It has given the guys, especially the younger guys, a taste of rugby at the next level and has also enforced that we want to be at a Rugby World Cup.

“We will build as a squad for the next four years and I think we’ll definitely give it a good nudge. The boys are excited about getting back into the qualification process again.”

What was interesting when talking to Sneddon was that he and his colleagues are all professional coaches in Hong Kong, mixing responsibilities with the senior national team with some of the club sides that play domestically. Now the head coach of Kowloon, who were also coached by Olly Barkley, Sneddon was impressed by the standard of rugby on his first trip to the emerging nation.

“It was a good standard, but actually in the last couple of years since I came over, and it’s not a correlation with me coming over, the standard has actually gone through the roof. That was the main thing that drove me over here really, the fact that it was full-time coaching. I was aware of that fact, but I’m not sure that many people outside Hong Kong are.”

With a number of players being full-time professionals with the Union, Hong Kong are investing heavily with the hope of qualifying for a World Cup. In the midst of the Asia Rugby Championship, Hong Kong will be playing Malaysia at home this weekend and travelling to the country next weekend.

Sneddon believes that his side are close to breaking the aspersions that Hong Kong is just a nation where sevens rules, suggesting that by playing more nations ranked higher than them in the world rankings, will take them to the next level.

“Not disrespecting the likes of Malaysia and Korea, we haven’t played a lot of European teams,” he said.

“The only way that we are going to get better is by playing better teams. Having the opportunities to do that, I think, will then increase the exposure of the 15-man game out here. But, I do think that we still have a long way go to get away from the understanding that they just play sevens in Hong Kong.”