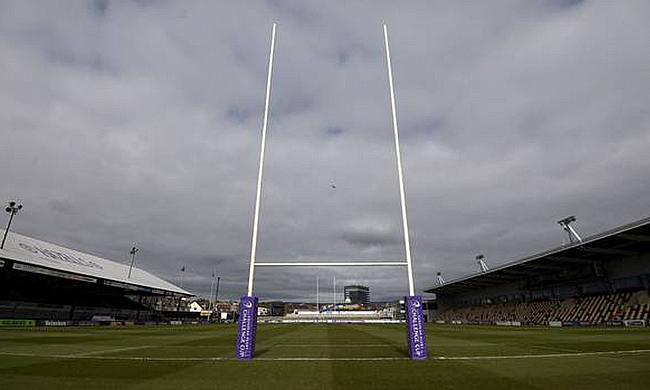 Newport held on for victory at Rodney Parade
©PA

Newport Gwent Dragons registered their second victory of the season after outclassing Connacht by 21-16 in their Pro 12 encounter on Friday.

Wing Ashton Hewitt scored a try each in either half while fly-half Angus O'Brien contributed with 11 points including two drop goals for the Dragons.

Kingsley Jones' men managed 13 points in their first half and took a seven-point lead at half time over the defending champions Connacht, who scored only six points through fly-half Jack Carty's double penalty.

Hewitt repeated his heroics in the second half as he crossed the line in the 45th minute while O'Brien soon followed it with his second drop goal of the game. Carty brought down the gap to 12 points with a 58th minute penalty.

Wing Niyi Adeolokun's try in the 68th minute nicely set up the game as it was heading for a tight finish but the Dragons stayed firm and secured a five-point victory.

The win has taken Dragons to the ninth place while Pat Lam's men continue to struggle at 10th position.

Dragons head coach Kingsley said the win was vital for the team's morale and is hoping to carry forward the momentum.

"It was critical. We've had a difficult start but some good performances at home. If we get the right results our way, we're only a few points behind those eighth and seventh places," Kingsley said to BBC Radio Wales.

"To get that tonight going into the Anglo-Welsh games was really critical for it. For an hour I was pretty composed and I'm a pretty composed coach but the last 10 minutes my legs were trembling.

"We finished well in a few games at home lately. It was a tight affair and Connacht are a very good side - they'll play to the death and from anywhere and can hurt you from nothing."