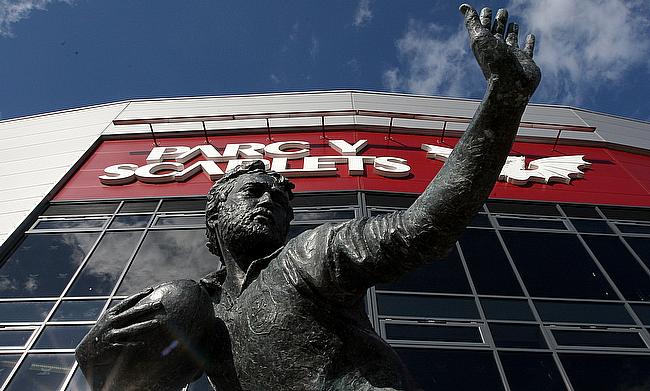 The Scarlets came back strong in the second-half to wipe-out the six point first-half deficit to secure a thrilling 31-27 win over the Dragons during the 2016-17 Pro12 clash at the Scarlets Park in Pemberton, Llanelli on Saturday.

Left-wing Steffan Evans (2, 65) scored a double for the hosts, while fullback Liam Williams (37) and replacement scrum-half Jonathan Evans (60) scored a try each.

Fly-half Rhys Patchell successfully converted all four tries in addition to slotting a penalty on the 54th minute.

In response, outside-centre Adam Warren (31, 35) also scored a double for the visitors, while left-wing Hallam Amos (13) and replacement scrum-half Sarel Pretorius (72) scored a try each.

Fly-half Nick MacLeod made just one out of the three conversions in addition to scoring a penalty on the 27th minute. The two missed conversions proved to be the only difference between the two sides as MacLeod's replacement Angus O'Brien slotted the final conversion for the Dragons.

The narrow four point win in the Welsh derby has helped Scarlets climb up to the seventh place from ninth, while the Dragons are firmly placed 10th after managing just one win from six matches.

The Scarlets will now travel to the BT Cardiff Arms Park to face the Blues, while the Dragons will face the Ospreys at the Liberty Stadium next weekend.