Head: I couldn’t have hoped for more 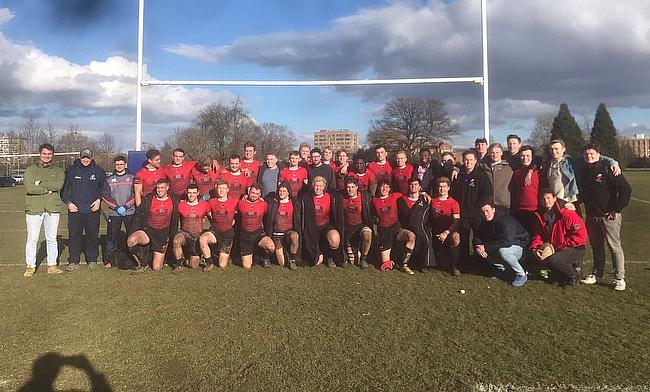 Tom Head has admitted winning the South Eastern 1A title was the perfect ending to his time at Reading University.

The captain, who is coming to the conclusion of his three years in Berkshire, was delighted with the way his final season panned out as Reading completed the term undefeated and they also reached the BUCS Trophy final.

Head will enjoy his second title in as many years after back to back unbeaten league seasons with the Knights.

A great year has been topped off with promotion to South Prem B-
BUCS South 1A Unbeaten League Champions
Varsity Champions
BUCS national Trophy Finalists
Two out of three ain't bad, well done to everyone involved. A season to remember #GymRugbyTechno #RougeetNoir

“This has been an incredibly positive season and we have built on last year so this was the perfect way to finish my university life!” said Head.

“We won the league last year and the transition to achieving success this year has been smooth. Seb Reynolds from National Two club Redingensians has helped us improve and the new freshers have added something to the team which has been great. Our chemistry off the pitch has also helped us win the league this year because we are really close as a group.”

Asked how it felt to not lose any of their 12 domestic games this year, he added: “Yeah, it is something we talked about all season. After last year, we knew we could do it.

“We drew to the University of Sussex soon after Christmas and I think that spurred us on to keep focused and go unbeaten. It has been great to be part of such a team.”

Head picked up an injury in November meaning he had to sit out his final year with Reading, but he revealed how pleasing it was to watch his team surge towards another title after success in this division 12 months ago.

He said: “Yes, it was tough to watch and the captaincy was shared around, but it was a joy to see the players perform so well. We have continued from last year and the university is heading in the right direction.

“It has been a rapid rise since my first year. We finished third in this league, but we have become stronger and to not lost a game for the last two years shows that we are capable of much more.

“Our cup run showed that as well as we beat teams from divisions above so there is no reason why we can’t continue to progress.”

But Reading’s journey into South B will move forward without their captain and Head has fond memories of his time at university.

He added: “It has been a massive part of my life. Socially, it has just been so good and to play in such a good team has only helped that. I think I speak for everyone when I say Reading is a great place to go and enjoy playing rugby.”