Hartpury power past Leeds Beckett to reach all southern semi-finals 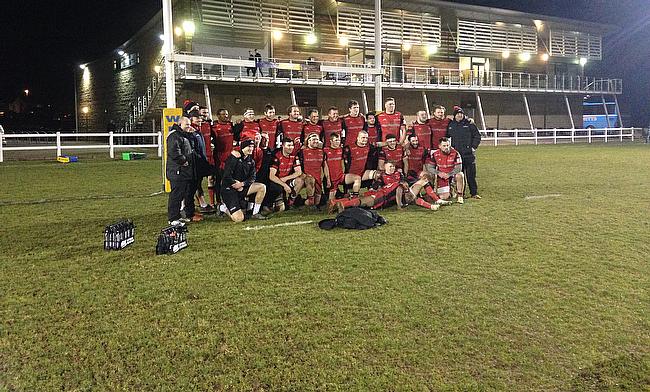 The hosts produced snapshots of what they are capable of while Hartpury took control of this game, with their forwards on top at the set-piece and breakdown.

Sean Lynn’s side will now face the University of Exeter in the semi-finals as the newly crowned BUCS Super Rugby domestic champions had to fight hard before triumphing over Nottingham Trent University.

The second semi-final will also be an all-southern affair as the University of Bath stunned Northumbria while Cardiff Met narrowly beat Loughborough University.

Hartpury advanced to the semi-finals of the BUCS Super Rugby Championship as they beat Leeds Beckett with a clinical display at West Park Leeds RUFC.

Will Crane’s try put Hartpury in front, before a score from close range doubled their advantage to give the current champions a 14-0 lead at the interval.

Leeds Beckett burst into life at the start of the second half as Harry Robinson crossed and shortly after, Connor Lloyd landed a penalty.

But, two tries from rolling mauls plus Victor Pisano’s well worked effort gave Hartpury the victory and a place in the last four for the sixth year in a row.

With the University of Exeter winning against Nottingham Trent University, Hartpury will now face the former in a re-run of last year’s BUCS Super Rugby Championship final.

It is now nine wins from the last 10 matches for Sean Lynn’s side and they moved one step closer to Twickenham due to their vast superiority up front as well as their cutting edge.

In doing so, Hartpury kept alive their chances of retaining the title they won 12 months ago and at the beginning of this campaign that seemed a distant possibility. The Gloucestershire outfit won one of their first seven fixtures, but they have dramatically turned their form around since December.

Director of Rugby Sean Lynn said after the match that ‘people had written off Hartpury’ after their poor results at the start of the term, but their controlling performance against Leeds Beckett highlighted exactly how strong this team is.

After a positive start from Leeds Beckett, a yellow card shown to Harri Collier for a dangerous tackle on Maliq Holden allowed Hartpury to grow into the game and it was the visitors who scored the opening try.

An overthrow at a defensive line-out from Tu’ipulotu Nuku fell kindly for Crane who carried forcefully to touch down. Sam Leeming, who had missed two early penalties, made no mistake with the conversion.

More reaction from last night's #BUCSSuperRugby Championship quarter-finals and we caught up with @HartpuryRugby's Sean Lynn after their 29-10 win against Leeds Beckett #unirugby pic.twitter.com/hFdsMwZamD

Hartpury’s power at scrum time and at the breakdown was starting to become evident as Beckett’s early rhythm in this contest fizzled out.

A clever kick from Dan Kelly nearly saw Beckett hit back, but it was Hartpury who were able to double their advantage before the interval.

A penalty won at the ruck was kicked to the corner and from a rolling maul; Hartpury barged their way over as Beckett’s tacklers had no answer.

But, the hosts did have a response shortly after half-time as a bit of brilliance from Robinson saw him arrow towards Hartpury’s line and he cantered over for a slick score to bring Kerry Wood’s side right back into the contest.

Beckett continued to apply the pressure on Hartpury, who had begun the second-half a yard off the pace, and a penalty from Lloyd in front of the sticks reduced the deficit to four points.

In hindsight, electing to kick rather than go for the try proved to be a bad decision for Beckett as Hartpury sparked back into life.

Just eight minutes after Lloyd’s penalty, Hartpury were at it again from a rolling maul as they bulldozed their way over.

A carbon copy of that score followed as Hartpury started to control proceedings in a final 15 minutes which was very disjointed.

However, the game ended with a touch of class as a patient and flowing move from Hartpury saw Pisano weave his way past the Beckett tackles to cross in the corner and book his side’s place in the semi-finals.

Leeds Beckett Rugby Programme Manager Kerry Wood: “Fair play to Hartpury. They just had more power than us and we just couldn’t deal with it unfortunately.

“Overall, we showed today and throughout this season that we have improved massively from last year and the fruits of our labour saw us finish fourth. The majority of this squad will be here next year so we are certainly taking steps in the right direction.”

Hartpury coach Sean Lynn: “We knew it was going to be tough. Leeds are a good side and they showed that when they denied Northumbria the chance to win the league.

“I was very impressive with our players and we knew it was going to be a squad effort and now we are looking forward to next week.”

The University of Exeter ran in six tries to reach the semi-finals of the BUCS Super Rugby Championship following a battling win over Nottingham Trent.

Tries from Simon Linsell and George Gosling came before the break with Harry Graham replying with a brace.

Both sides exchanged scores after the restart as Jack Strong touched down before a penalty try for Exeter while a close ranged score and David Williams’s effort deservedly kept Trent in touch with the newly crowned BUCS Super Rugby champions.

However, Exeter showed just why they finished the domestic season on top of the pile as Gosling and Dom Thorne both crossed to seal the win for Keith Fleming’s side.

The University of Bath produced an excellent second half performance to see off Northumbria University at Kingston Park.

Northumbria edged the first 40 minutes, leading 15-14 thanks to a double from Oli Robinson, while Will Flinn plus a well-worked score kept Bath firmly in the contest.

The visitors responded after the break as Will Partington and Harry Close crossed to put Bath in front, but Darren Fearn’s side hit back with two tries of their own to level the game at 29-29.

However, Bath capitalised on Northumbria errors to clinically book their place in the semi-finals. An intercepted score was followed by a try from Jack Davies as Aaron James’ men advanced into the last four.

Cardiff Met will travel to the University of Bath in the BUCS Super Rugby Championship semi-finals after a narrow win over Loughborough.

Danny Milton’s side ensured it would be an all-southern line-up in the last fourth with a first-half try Eduardo Balocco.

Loughborough’s score came via Jamie Cox, but this will be the first time since 2013 that the Midlands club have not reached the semi-finals of the championship competition.