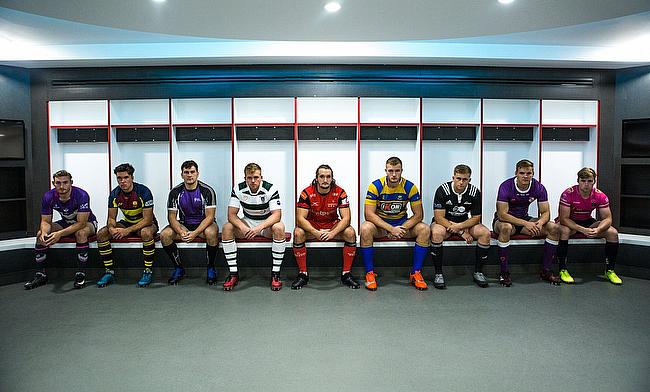 The BUCS Super Rugby Championship quarter-finals are nearly upon us as the top eight sides in the country continue their journeys towards Twickenham and arguably, this is the most unpredictable the competition has ever been.

Elsewhere, Cardiff Met face Loughborough University and there is a tasty looking tie between Leeds Beckett and current holders Hartpury.

The University of Exeter have had a great season following the disappointment of losing in the BUCS Super Rugby Championship final to Hartpury last year. Once again, a huge upheaval in the squad at the beginning of the campaign did not really affect Keith Fleming’s side as they went on to win 12 of their 16 BUCS Super Rugby matches. Exeter ended the term with a 52-42 victory against Loughborough University, which ultimately sealed the BUCS Super Rugby title, so they will come into this quarter-final raring to go.

A great defensive performance again from the boys in the second-half to hold out Durham.
We will be back and more than ready to take on Exeter to keep the dream alive.
See you at Twickenham.
Up The Trent.#BUCSSuperRugby #BleedPink #NTU #3in3 #JustWarmingUp pic.twitter.com/rorWIY9BnN

Confidence will also be high amongst the Nottingham Trent ranks. After 14 games without a win, Trent have now won their last three matches and their latest triumph over Durham University has seen them progress in to the last eight. It was a tough first season in BUCS Super Rugby for the Midlands club, but now they seem to have the bit between their teeth. That said, this fixture doesn’t get much tougher for Trent and they will have to put in a big performance against one of the favourites for the title.

Northumbria University have had a wonderful campaign. Darren Fearn’s side were the surprise package of BUCS Super Rugby following a sixth placed finish last season. The North East outfit ended the term in second spot which is an excellent achievement for Northumbria, but they did have the opportunity to clinch the title in their final game. However, they were edged out by Leeds Beckett so they will be keen to put that disappointment to the back of their minds as they now focus on a potential final at Twickenham.

With the likes of Will Muir and Josh Bragman at their disposal, Northumbria do have a good chance of reaching England HQ, but firstly, they will have to overcome the University of Bath. The Blue and Golds had a below-par campaign in BUCS Super Rugby this year as they ended the domestic season in seventh place following just four wins. However, Aaron James’ men showed their class in their last 16 tie against Cardiff University as they ran in 10 tries to reach the last eight. Added to this, Northumbria have lost their last two games so Bath may look to capitalise on that at Kingston Park.

This should be a cracker. Like Northumbria, Cardiff Met’s season has been superb. At the start of the year, not many people would have expected Danny Milton’s side to challenge towards the top, but a third placed finish was well deserved for the Welsh side. In fact, Cardiff Met completed the season with the same record as Exeter (12 wins and four defeats) and they also beat the newly crowned BUCS Super Rugby champions in their final game of the campaign so Cardiff may fancy their chances at home against Loughborough in the last eight.

Cardiff Met do have the quality to reach Twickenham, but their opposition in the quarter-finals know all about reaching the latter stages of this competition. Loughborough last appeared in the final in 2016 and despite their inconsistent results this season, their experience at this stage of the campaign makes them dangerous. Scrum-half Callum Watson said his side were starting to hit form and their scintillating 79-7 win over Newcastle University in the last 16, more than highlights his point. This quarter-final is a very tough one to call.

Both Leeds Becket and Hartpury were battling for fourth place this season in BUCS Super Rugby as well as a home quarter-final and in the end, Kerry Wood’s side prevailed. The Yorkshire outfit were quick to remain Hartpury of that fact on Twitter after the Gloucestershire side thought they had finished in the top four so expect a tasty encounter at West Park. After a hugely disappointing inaugural campaign in BUCS Super Rugby, Beckett responded this year and the 2015 champions come into this quarter-final on the back of successive wins over Cardiff Met and Northumbria.

Current champions Hartpury have been superb recently after a slow start to the season. Hartpury lost a number of their key players from their successful campaign last year, which may have been the reason for just one win from their first seven matches. However, a remarkable run of eight victories from their last nine games, including triumphs over Exeter and Cardiff Met, suggests they are making a late run for a second successive appearance at Twickenham as they look to defend their title.