Hartpury go back to the summit after win 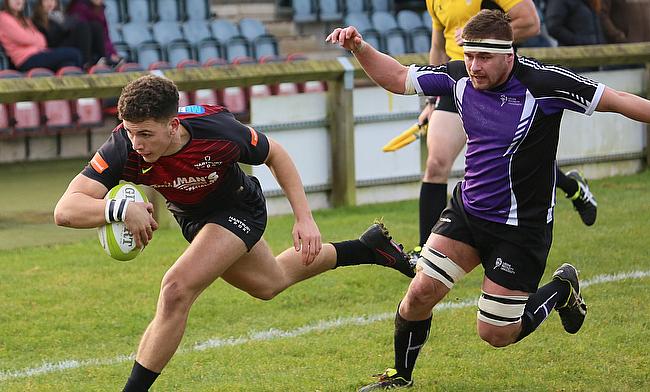 Hartpury College returned to the top of the BUCS Super Rugby table after an impressive second-half performance against Leeds Beckett.

College ran in four tries in the second period to seal their ninth win of the season and wrestled top spot off Loughborough in the first fixture of 2017.

With it being the first week of BUCS rugby returning, there were only a few matches taking place this in our featured leagues.

An excellent second-half performance saw Hartpury College return to the top of the BUCS Super Rugby table as they beat Leeds Beckett at West Park.

College lost just once in their first eight games of the season and this was their game in hand over Loughborough who set at the summit of this division over the Christmas period.

Luke Stratford opened the scoring for the visitors before Morgan Morris, Harry Cochrane, Jamie Forrester and Tom Pashley all crossed in the second period to leave Hartpury five points clear at the top.

Leeds Beckett had taken the lead just after half-time when Charlie Venables darted over, but they were simply blown away by Hartpury as the Yorkshire side slumped to their 11th straight defeat of the season.

Beckett had started this contest brightly, but College soon clicked into the gear and were eventually awarded for territory and possession when Stratford crashed over after a well-worked move.

The Gloucestershire side derservedly led at the break, but soon found themselves behind after the interval as Venables charged down a kick from Cochrane which he was first pounce on for Beckett's first converted try of the afternoon.

However, that was as good as it got for the hosts as first Morris and then Cochrane touched down for Hartpury to give the visitors a 17-7 lead on 60 minutes.

The final quarter was all Hartpury as Beckett's valiant defence was breached twice as Forrester sniped his way through to score before he turned provider for Pashley who raced clear to wrap up a ninth win of the season for College.

Just before Christmas, Leeds Beckett were also beaten 23-8 by Bath which left the Somerset club sitting in fifth place over the festive period while Durham cemented their position in the top four with a 30-17 win away at Northumbria in their final fixture of 2016.

In North A, Durham 2nds kicked off their first fixture of 2017 as they came from behind in the last 20 minutes to beat Leeds 43-27 away from home. Their fourth victory of the season lifts Durham off the bottom of North A and leaves them just a point behind fifth placed Leeds.

League leaders Edinburgh made it seven wins on the spin for the season as they thrashed Loughborough 3rds 48-7 in Scotland. Edinburgh now have a six point lead at the top of this division and they also still have a game in hand. In the only other fixture in North B, St Andrews missed a late penalty as Durham 3rds narrowly beat the Scottish outfit 33-32. Durham are now only two points behind St Andrews after this latest victory.

There was more joy for Durham University in the Women’s competition as their 1st XV beat Edinburgh 22-17 to move just three points behind the Scottish side who currently lead the way in an exciting Premier North division. Durham have now won four of their last five matches and have picked up five straight victories at home this term.