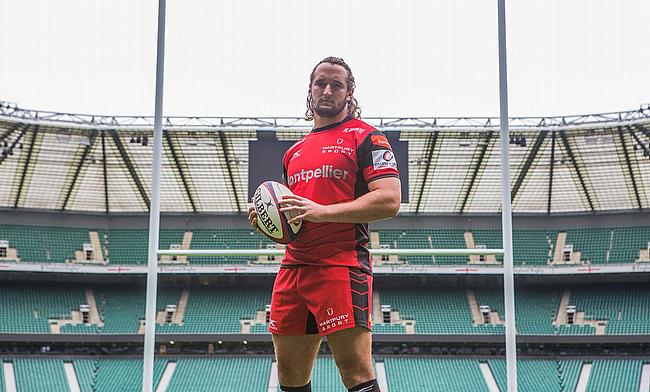 Reigning BUCS Super Rugby Championship holders Hartpury will face Cardiff Met in the final of this year’s competition after they knocked out the University of Exeter.

Another powerful performance guided Sean Lynn’s side to their second final in as many years while Cardiff Met will join them at Twickenham on Wednesday following a clinical display against the University of Bath.

Hartpury controlled their BUCS Super Rugby Championship semi-final to book their place at Twickenham after an impressive win over the University of Exeter.

The current champions led 22-3 at half-time with the help of two Nick Carpenter tries, with Max Clementson also crossing.

Alex Forrester, Toby Venner and Aquile Smith all dotted down for Sean Lynn’s side in second period as they blew away the newly crowned BUCS Super Rugby winners.

?? | FULL TIME! Hartpury have secured their place in the final at Twickenham alongside the womens team, after stunning @ExeterUniRFC at Sandy Park! @ExeterUniRFC 15-41 @HartpuryRugby #BUCSSuperRugby pic.twitter.com/eQkt8E5ot4

James McRae scored one of Exeter’s two tries, but Keith Fleming’s men were unable to cope with Hartpury who remain on course to defend their crown.

Hartpury Head Coach Sean Lynn: “It was a great result and I think it was unexpected too. I can’t fault the effort of the side and we put Exeter under pressure throughout the game. They were forced into uncharacteristic errors and we were clinical.

“We were the underdogs because of what Exeter have achieved and at home, they are always very strong. We knew it would be tough even at Sandy Park so to reach the final is a big achievement from the team.”

Cardiff Met surged into the BUCS Super Rugby Championship final with a seven-try victory over the University of Bath.

Both sides scored twice inside the first 30 minutes as Levi Davis and Jack Davies dotted down for Bath, but they were matched by tries from Tom Morgan and George Simpson.

However, it was the visitors who led 28-14 at the interval thanks to a fantastic Alex Dombrandt effort and Luke Northmore’s score.

The Welsh side were superior after the break as Dombrandt, Ben Williams and Max Llewellyn crossed and Met also landed two penalties.

It was showering tries & clean breaks as @cardiffmetrfc sunk Bath & plugged themselves a place in the @BUCSsuperrugby Final at Twickenham next week.

Tom Doughty scored Bath’s third try seven minutes into the second period, but ultimately it was a consolation.

The only negative were the injuries to Aled Davies and Morgan, but Met’s wonderful season will end with an appearance at Twickenham.

Cardiff Met Director of Rugby Danny Milton: “We were really disappointed with our performance in the quarter-final against Loughborough. We didn’t think we had done ourselves justice. We just about got over the line.

“After Bath’s great performance against Northumbria last week, we knew we had to be at our best. I am really proud of the boys. It was one of those nights where the ball stuck and we played some really good stuff.”