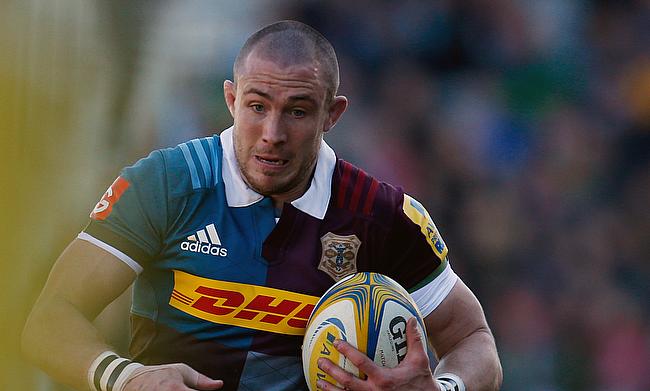 Harlequins maintain their winning momentum as they went on to defeat Bristol Bears 36-26 in their Gallagher Premiership encounter at Twickenham Stoop on Saturday.

The Quins managed just four wins in the first 10 games but have managed revive their campaign with four straight victories as they reclaimed the third place with 43 points while Bristol are at 10th place with 26 points.

The game also saw Mike Brown scoring his 89th try for Harlequins as he now levels Ugo Monye to become the joint leading try-scorer for the club in the professional era.

Bristol made a promising start when a kick from Callum Sheedy found Steven Luatua, who offloaded to Charles Piutau for the opening try in the 11th minute that was followed by a conversion from the fly-half. The Quins just took two minutes to respond when Charlie Mulchrone pounced on a loose ball to send Ross Chisholm over the line and with Marcus Smith improving it the scores were levelled 7-7.

Even though Alapati Leiua with his 18th-minute try got the visitors into the lead once again, Harlequins had the better of the first half with further tries from Smith (24'), Brown (31') and Joe Marchant (36') as they went on to attain the try-bonus point before the break that stretched their lead to 26-12.

The third quarter went without a point with both teams hoping for a breakthrough before a Andy Uren pass found Sheedy as he dived over for a converted try that reduced Bristol's trail to seven points.

However, James Lang's penalty and a Nathan Earle's try coming in the last few minutes proved just enough for Harlequins as they overcame a late try from Leiua in the 80th minute to complete a 36-26 win.