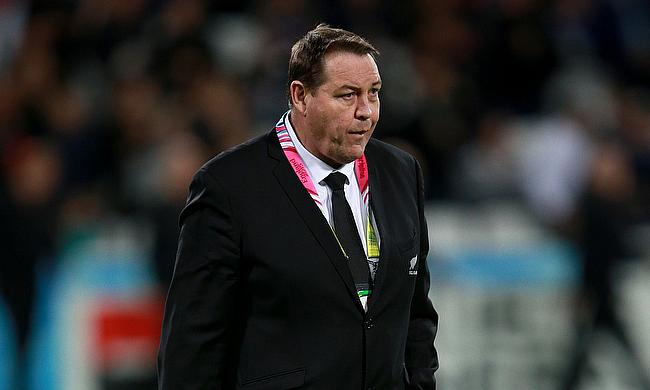 The All Blacks ran out comfortable 58-14 winners against Namibia in Pool C at the Olympic Stadium - but in days gone by would have got closer to 100 points.

However, the biggest cheer of the night came in the 50th minute when the 'no-hopers' scored a try against the World Cup holders.

What a try it was too, the Namibians constantly attacking in one direction before suddenly switching for Johan Deysel to power over for a famous score.

There was to be no major shock but an impressive display nonetheless, and coupled with Japan's win over South Africa the traditional powerhouses are not getting things all their own way any more.

And Hansen said: "The scoreboards suggest that's the case. When everyone was talking about record scores here I said they were foolish.

"World rugby has put in a lot of money and effort to improve standards and the so-called minnows have played well so far."

Namibia counterpart Phil Davies agrees the up-turn in performances from the lower-ranked nations is no fluke.

He said: "When you look at the Japan victory they had been building that performance over a couple of years.

"I know the preparation Georgia have put in and we have put a lot of preparation in as well. The effort the players put in has been phenomenal."