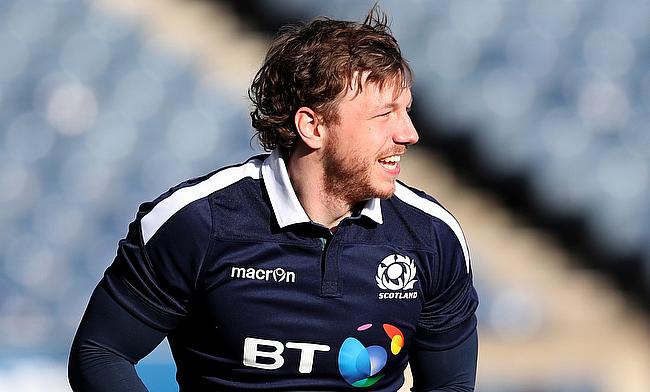 Hamish Watson has been with Edinburgh since 2011
©PA

Edinburgh have confirmed that Scotland international Hamish Watson has penned a new deal that will keep him with the Pro14 club at least 2021.

Watson has been with Edinburgh since his club debut that came in 2011 and is closing on 100 appearances for the BT Murrayfield outfit since then.

“I couldn't see myself playing anywhere else in my career. I love it in Edinburgh. The playing group we've got, and are building, is absolutely amazing," he told the official website of the club.

"We've got a great coaching staff and I want to win something with Edinburgh. If that takes two years or ten years, it doesn't matter. This group of players and coaches is going places and I love the direction that the club is moving in."

Watson, who earlier represented Scotland 7s side also represented them in the U19 and U20 levels before making his Test debut with the Dark Blues in February 2015. Until now he has gone to play 25 Tests for Scotland that includes the recently concluded Six Nations where he made a return from a fractured hand.

“Hamish is one of the most exciting back-row players in the country, so it’s fantastic that he’ll be representing this club for years to come," said head coach Richard Cockerill.

“He’s a leader in the changing room and is so often a match-winner on the field. We’re looking forward to watching him develop further and hopefully bring success to this city.”

Edinburgh are currently positioned fourth in the Conference B table with nine wins from 18 games and will take on Munster this weekend in the Heineken Champions Cup at BT Murrayfield Stadium.