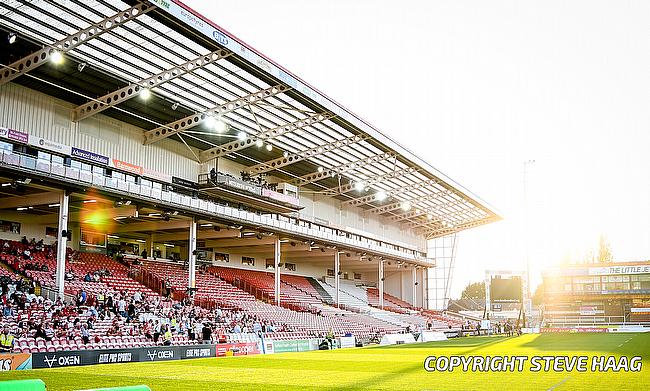 Gloucester Rugby have announced three players leaving the Gallagher Premiership club at the conclusion of 2021/22 season.

Jason Woodward will be joined by Will Britton and Jack Stanley among the departing players ahead of the new campaign.

Woodward made his Gloucester debut in 2017 and featured for them in 67 games scoring 90 points while Britton joined the Cherry and Whites in 2021 but picked up a long-term injury during the pre-season.

Stanley joined Gloucester in March 2020 from Edinburgh and has featured for them in 16 games.

“We’re truly grateful for every player that pulls on the famous Cherry & White jersey for their contribution to our Club," said Chief Operating Officer Alex Brown.

“Each player that is moving on this season has contributed to the journey we are on as a group, both on and off the field, and we wish them the very best for the future.”

Gloucester currently are at fifth position in the Gallagher Premiership table with 12 wins from 23 games and will face Saracens in the final round on 4th June at Kingsholm Stadium.