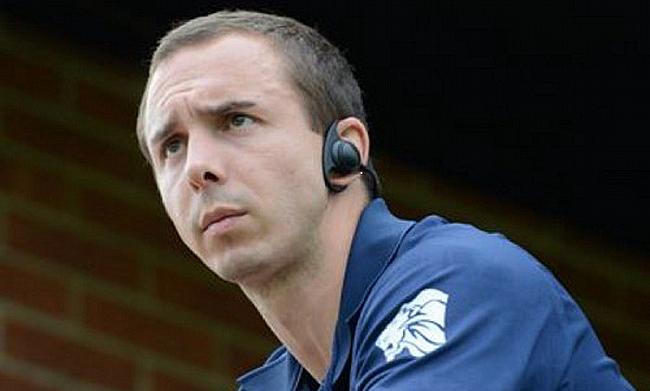 The new head coach at the Memorial Ground is ready to get the 2018/19 Tyrrells Premier 15s season underway.

When Giles Heagerty parted ways with National Two North side Macclesfield in December of last year, he probably wouldn’t have expected to return to rugby as the head coach of a women’s team, but it is a choice he is already relishing.

At the beginning of the 2017/18 season, Macc were back in the fourth tier after relegation from National One, but three wins from their opening 12 matches saw Heagerty depart from Priory Road after a four-year spell with the Cheshire outfit.

In his time at Macclesfield, Heagerty guided the club back into National One after a stunning 2015/16 campaign which saw the Blues romp to the title but heading into this year, it was time for him to assess his next move in the game.

“I have learnt a lot in the last few months,” Heagerty explained. “When you get some time off and step away from the game, you can get the chance to reflect and speak to people.

“That gives you an opportunity to work out what is important to you as well as what you really want to coach.”

Heagerty does have an impressive CV which includes working with England Counties U18s and Sale Sharks’ academy, but by his own admission, he has been revitalised by the switch to the women’s game after becoming the head coach of Tyrrells Premier 15s side Firwood Waterloo Women.

The Merseyside outfit finished ninth in the inaugural TP 15s season and their position in the table last year, plus the growth of the women’s game, is why Heagerty decided to take on this next challenge.

“When I sat down and thought about what I want from the next opportunity, there were certain criteria that I wanted to pick,” added Heagerty. “For me, it was about wanting to go in somewhere where I really felt I could make a difference.

“Waterloo Women are historically very successful and I think last year was a bit of a shock to them and I think that was the case for the majority of the teams because it was the start of the TP 15s.

“There were some good foundations put in place, but it is now about how we take the team forward on those foundations that were built.

“This is a team that is definitely growing. The numbers are growing as are the aspirations of the club. That was really exciting for me and on top of that, when the opportunity came up, you look and think that it is a great time to get into women’s sport, not just women’s rugby.

“That was kind of the final dotting of I’s and crossing of T’s because who knows where women’s rugby can go in the next five to 10 years. To be able to play a small part in that is exciting.”

Heagerty watched the TP 15s from afar last season and was impressed by the standard of the division. He feels the success of the league, as well as the positive relationship with the England coaches, can only benefit the national side going into the 2021 World Cup.

“It cannot be overstated how important the TP 15s is,” he said. “What has surprised me in a really positive way is how integrated we are with the England coaches.

“The RFU have made a heavy investment, but that investment is also in time and resource. England coaches come and spend time with us in the week and it is incredibly refreshing for me.

“Ultimately, we are all responsible for helping England to win the World Cup. That is the aim. New Zealand, England and France are the top three sides in the world right now, but our point of difference is that we have got a domestic league that is really competitive and the other countries aren’t quite at that point.

“With a number of top coaches in the TP 15s and the amount of effort and resources that is going into it, the league is only going to get stronger and that can help give ourselves the best possible chance to win the World Cup in a couple of years’ time.”

For now, Heagerty’s attention is firmly on the domestic game as his Firwood Waterloo side kick off the new campaign on Saturday evening.

Waterloo have a great mix of experience and youth in their ranks heading into the 2018/19 season. The knowledgeable Beth Stott and Ash Neale are working alongside the likes of England U20 stars Sarah Beckett and Tysh Harper and Heagerty has been pleased by the squad’s progress during the summer.

Thanks to @gilesheag and @LaurenVeronaD for speaking to us after today’s fixture.
Anybody else wonder just WHAT was said in the dressing room at halftime?? #duckegg pic.twitter.com/yF9UN0sa3m

He added: “The girls have worked extremely hard during the course of pre-season and we have got a good blend of players in our squad which is important.

“That makes selection this week difficult which is what you want. There is a high level of competition for places across almost every position.

“We are going to find out a lot about the competition and where it is at this year, but also, a lot about our girls. They have shown a lot of grit and determination in pre-season, but now it’s business time.”

Waterloo begin the new season at home against reigning champions Saracens before heading on the road to face Richmond and last year’s finalists Harlequins and Heagerty admits he cannot wait to get things underway.

“You always want to compete against the best," he said. Every single week is going to be a different kind of challenge, but it forces you as a player and a coach to make sure that you are preparing the best you can.

“To be able to go to the likes of Sarries [Saracens] as well as playing against some very historic and famous rugby clubs, you do wake up and pinch yourself.

“This week feels like the week before Christmas! It has been the longest pre-season I have been involved with as a player and a coach.”

“As with all pre-seasons, in the end, you just want to get going and get the competition started. To finally have it here is very exciting. The nerves are jangling a little bit because it is not a competition I have experienced before, but to play Sarries first up, we just want to get stuck in.”