Getting selected in England's forward pack- Is it the hardest job in the world? 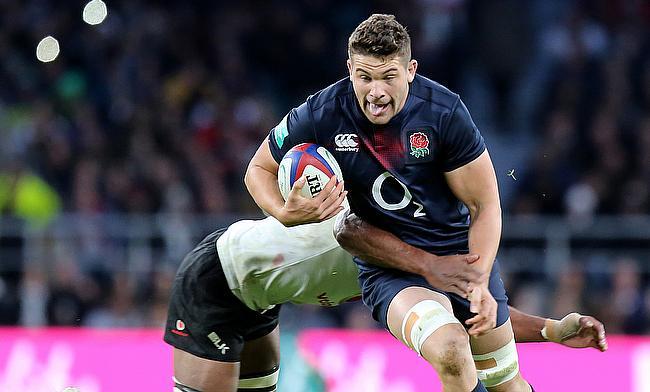 Charlie Ewels made his debut for England in 2016
©PA

Eddie Jones, John Mitchell and Matt Proudfoot have perhaps one of the most difficult jobs in rugby.

In 2020, England have a deep bed of talent and it is talent which is capable of stepping up to the plate of international rugby.

The most talked about of late is the back-row. In 2018, there was an outcry from media and fans alike after England finished fifth in the Six Nations. Their depth in that position was seemingly lacking and it became clear that several of the names were no longer destined to be part of Jones' plans for the future.

Chris Robshaw and Courtney Lawes were the openside and blindside of choice with Sam Simmonds and Nathan Hughes alternating in the eight shirt. A key aspect of play that was absent was the lack of out and out jacklers.

Winning the ball back on the ground in defence is fundamental and in 2018, this was never more apparent. Peter O’Mahony and Dan Leavy were outstanding performers for Ireland and their influence helped to propel them to a Grand Slam.

Since then, the likes of Sam Underhill, Tom Curry, Ben Earl and Mark Wilson have come to fore for England and this season in the Premiership, we have seen another young English player establish themselves.

Wasps’ Jack Willis picked up 46 turnovers in domestic competition and quite rightfully has been selected for England. Worcester Warriors captain Ted Hill is in the squad too, but the likes of Sam Simmonds, Ben Curry, Richard Capstick, Aaron Hinckley and Tom Willis have been omitted after fine personal seasons.

??? Choosing his backroom staff
?? Using the Six Nations as a gauge
?? Selecting a captain

It is just under eight months until the British & Irish Lions begin their South Africa tour so what is on Warren Gatland's checklist between now and then? #SA2021 https://t.co/JCI4CBlYTD pic.twitter.com/niLpRFbGiP

“A lot of them did miss out, which is tough, but there is definitely depth and competition," England defence coach, John Mitchell said. "Test rugby is definitely different to club rugby. There is higher demands, in terms of the higher speed, accelerations and certainly the repetitiveness of actions in small space.

“Then your ability to win your collisions and that is both on the ball and without the ball. To me, it is adapting to Test rugby and certain players have qualities with a capacity in their skillset and other players may take a lot longer. That is what experience offers you when you are trying to select the right mix for a Test.”

Due to Billy Vunipola having been injured when the Six Nations started earlier this year, Jones put Tom Curry at eight to fill in for the Saracens man, but his performances as England’s lead ball carrier had varied reviews in the first four games of the championships.

Out and out number eights are perhaps the only thing England are in short supply of, but as many of their back-row options are still maturing, there is no doubt that in time they shall naturally become more physical ball carriers.

Competing with many of the names previously mentioned above, Tom Curry says that by interacting with those players it benefits not only him, but the group as a whole.

“We have got lads pushing, pushing and pushing and I think that is the beauty of having strength in numbers and with how skilful everyone is, it is only for the better.”

Whilst the back-row is the talk of England at the moment with the talent available, it is in the second row where change is afoot. With Courtney Lawes injured and George Kruis having moved to Japan to see out his career, it is not entirely certain who will be partnering Maro Itoje.

Test Talk | Inside the Bubble will give you everything you need to know in a match week ??

Joe Launchbury is one option, but the Wasps man has been in and out of favour as well as suffering from injuries periodically. Each of Northampton’s David Ribbans and Exeter’s Jonny Hill are uncapped in the squad, leaving Bath’s Charlie Ewels as the third most capped England man in the locks.

Hill has been selected for his debut by Jones for England's clash with Italy on Saturday, but at the age of 25, Ewels still has the opportunity to carve himself a regular slot in the side during this autumn period.

After the disappointment of missing out on World Cup selection, the Bath captain says that he has changed his mind-set when joining up with the national side.

“Selection is Eddie’s job; it is not my job to worry about that. It is wasted energy. He’ll change up the teams during the week, he’ll move stuff around, try different combinations, he is thinking about those things all the time.

“If you start to read into everything like; ‘why is his name on that? Why is he doing that?’, then you just burn so much energy, you wouldn’t be training well, wouldn’t be improving and probably then you are going to hinder your chances of getting selected.”

Ewels will start from the bench in Rome, whilst Tom Curry will be playing in the back-row alongside Sam Underhill and Vunipola.

Elsewhere, Henry Slade starts at inside centre with England captain Owen Farrell. George Furbank is reinstated at full-back as Elliot Daly is injured and Tom Dunn, Ollie Lawrence and Ollie Thorley are all in line to make their debuts from the bench.