Geraghty the difference for Irish 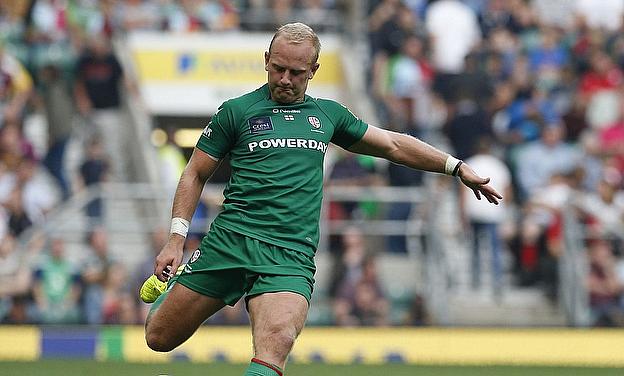 London Irish did their homework to come up with a 20-18 win over Newcastle Falcons on their new synthetic pitch at Kingston Park.

Newcastle's last win in the Aviva Premiership was against the Exiles at Kingston Park last October and the Falcons have now lost 18 top flight games on the spin.

They came close to snatching it against Brian Smith's side with a a stoppage-time try but it would have been an injustice in what was a thrilling fast-paced encounter.

"We put together a plan for the wind up here and how to manage it and we trained on a surface just like this at our training centre," said Smith who revealed that playing Shane Geraghty at 12 and Chris Noakes at 10 was a specific plan to combat the Falcons.

"Chris is an out and out 10 and part of the plan to manage the win was to have a left and right kicker at 10 and 12," added Smith.

"The wind wasn't as substantial as we thought it would be but having a ball player like Shane who has also good footwork at 12 was the key.

"Even though we didn't rack up a big score today we asked more questions with Shane at number 12. Chris and Shane did well for us at 10 and 12 today, but we are a side that has to grind out wins in these sort of games and as we gain more confidence then we'll string a few wins together and we will get better.

"We coughed up three tries, one in the tackle area and two on the drive. Apart from the tackle on the short side for their third try I thought our defence was decent."

It was a controversial try from full-back Andrew Fenby try that sunk the Falcons after they had battled back to 13-10 down midway through the second half.

Blair Cowan's inside pass for Fenby to score was greeted by a cacophony of boos from the 5,888 crowd as it looked forward.

Referee Andrew Small initially gave the try but then halted Geraghty as he was lining up his conversion to watch a replay on the big screen.

He eventually decided the try was good and Geraghty kicked the conversion and at 20-10 Irish looked virtually home and dry but a late penalty from Juan Pablo Socino and a last gasp try from Sinoti Sinoti, with Socino hitting the post with the conversion had the crowd on the edge of their seats.

"If we had nailed our opportunities we could and probably should have won," said Falcons director of rugby Dean Richards after watching his side claim a losing bonus point.

"Poor old Juan had a bit of nightmare with his kicking but he's not to blame. He's tried to hold his hand up for missing six out of seven, but none of them were that easy and it was us missing other opportunities and conceding two soft tries and giving away some silly penalties that are to blame.

"Our players reckon that try was forward but the referee was happy with it and that's all that matters.

"The boys are desperate for a win but it will come. We have a hard day in the office next week with Northamtpon coming here but sometimes they are the best days because you have nothing to lose you just go out there play your heart out.

"You saw two sides out there who appreciated what a fast surface we now have here and tried to play accordingly. The opportunities we're creating at the moment just have to be taken.

"I'd be worried if we weren't scoring tries. We should have won this one and should have done better last week but for some poor decisions that cost us 14 points. I'm more frustrated than worried."