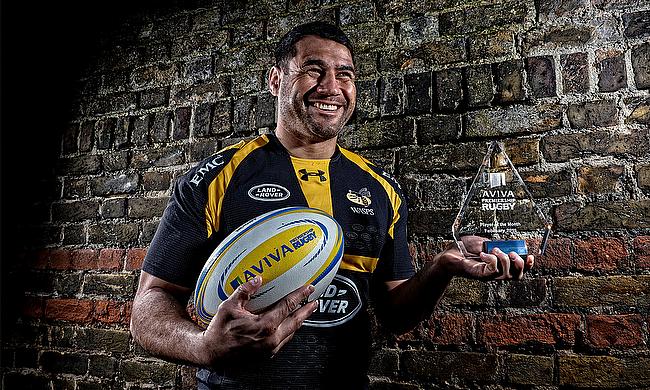 A “SENSATIONAL” forward who has made a massive impact in his first year in England has been named Aviva Premiership Rugby Player of the Month for February.

George Smith enjoyed an incredible month helping Wasps to an unbeaten four weeks which included a 100-point haul in victories over Saracens and Harlequins and moving into the top three of Aviva Premiership Rugby.

Praising Smith’s role in this run, BT Sport analyst Austin Healey said: “We've all been there; you get to 35 and your brain tells your body to do something and it says no. This makes this season’s performances of our Aviva Premiership Rugby Player of the Month all the more remarkable.

Smith was involved in a three-way battle for this month’s title beating Newcastle Falcons’ Andy Goode and his Wasps team mate Dan Robson into the runners-up spots.

Healey added: “Age aside, George’s performances for Wasps have been nothing short of sensational this year. I genuinely believe Wasps would not have got more quality had they signed Richie McCaw.

“George is high on tackles, high on breakdowns and high on all the stats, but that doesn't tell the whole story. It's George Smith's reading of the game and his link play that could just carry Wasps to a major trophy this season. I wish I was 35 all over again!”

Rugby fans also had their say on who deserved to win the coveted Aviva Premiership Rugby Player of the Month Award as they became the 10th Judge. Joining the panel of nine judges, fans voted for the player who had impressed them the most during the month of February.

Each month, one lucky fan who votes as a 10th Judge will be selected at random to win four tickets to an Aviva Premiership Rugby game of their choice.

Smith wins a trophy and has given his £250 charity donation to Marie Curie, the UK’s leading charity for people living with any terminal illness and their families.