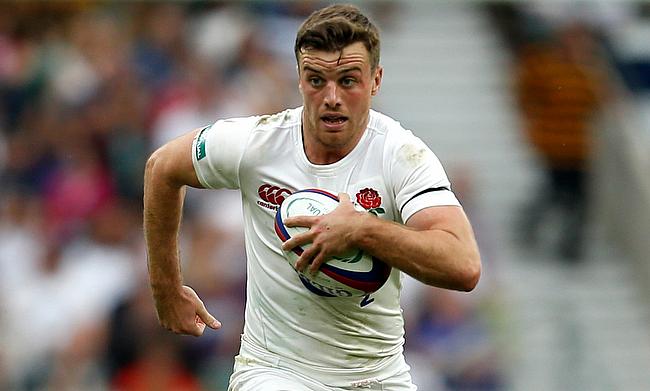 George Ford was forced to miss the game against Barbarians
©PA

Ford was withdrawn from the squad ahead of the game against Barbarians following Achilles tendon injury and is doubtful for their final game of the Six Nations against Italy in Rome on 31st October.

“Fordy has got a slight ankle problem that’s obviously being managed,” he said.

“Clearly we expect him back and in preparation pretty soon, but it’s important to manage these guys so we get them back at 100 per cent.

“We’re aware of the injury and we’re managing it. At the moment he’s in a position of rehabbing and reconditioning and we’ll take the next step post getting through that period.”

Meanwhile, the Quilter Cup game against Barbarians is under doubt after 12 players including former England captain Chris Robshaw breached the agreed Covid code of conduct.

A decision on the game is expected to be made at 3pm on Friday.

"On the evening of 21 October a number of Barbarians players breached the agreed Covid code of conduct protocol by leaving their hotel bubble without permission and without informing organisers about their whereabouts," read a statement from Rugby Football Union.

"On their return, the players were immediately separated from the rest of the group in the bubble in order to protect its integrity.

"The players leaving their Covid-secure environment has resulted in a potential risk of Covid transmission from individuals outside the bubble, and even with a further round of testing for this group it will not be possible to guarantee these players are not infectious in the period up to and including the match.

"Therefore to protect the safety of other participants, these players cannot be permitted to remain with the Barbarians squad and play in Sunday's fixture.

"If sufficient new players with an appropriate testing history and who have been meeting the code of conduct standards can be to be brought into the Barbarians camp then the game will go ahead."