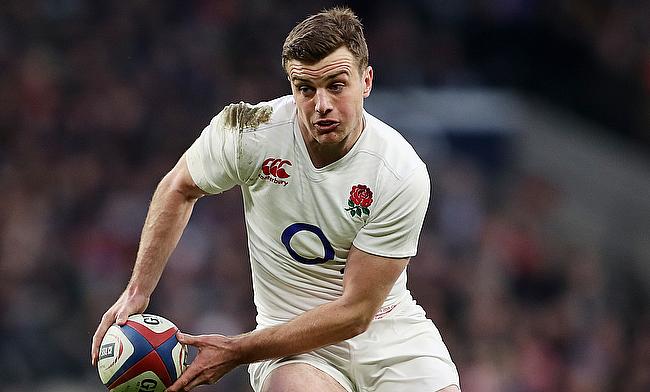 England coach Eddie Jones has made two changes to their starting line-up for the second Test against Australia on Saturday from the Brisbane game with George Ford and Jack Nowell named in the XV.

With the Bath fly-half returning back to the fold, England have restored their successful 10-12 axis of Ford and Owen Farrell, which was instrumental in their Grand Slam triumph earlier in the year.

Ford will replace Luther Burrell and will start at 10 with Farrell moving back to number 12 while Marland Yarde will make way for Nowell on the left wing.

Burrell, whose defence was found wanting in the opening game against Australia in Brisbane is out of the Matchday 23 along with Yarde.

Nowell scored the final try in England's 39-28 win over Australia in Brisbane and his position on the bench is taken by Elliot Daly.

Jamie George has been named among the replacements in the place of Luke Cowan-Dickie and Jack Clifford will take the place of Ford. Former England captain Chris Robshaw is all set to make his 50th appearance for his country at the AAMI Park.

Jones revealed that the squad was selected keeping in the mind the game-plan devised for the Melbourne game.

Despite, their victory in Brisbane, Jones highlighted certain areas where the team needs improvement and is confident of England registering their maiden Test series victory in Australia.

"We've picked a 23 to get the job done in Melbourne. Throughout the week the players have shown they're desperate to wear the red rose, which meant some close calls on selection," Jones said.

"It's a 23 that suits the way we want to play at AAMI Park. Jamie, Jack and Elliot have shown huge desire this week and deserve their spots on the bench.

"As soon as we came off the field in Brisbane our thoughts turned to Melbourne and I'm pleased with how we've prepared as the week has progressed.

"The players have recognised the importance of going up another level and have trained with a real intensity and purpose.

"We weren't satisfied with last weekend's performance and we know there's lots to improve on, particularly aspects of our defence and breakdown work, which we're confident we've remedied.

"We know the job isn't done. We came here to win a Test series and that's what we intend to do.

"Australia will try and throw everything at us on Saturday and we'll be ready for the challenge."