England to use taunts in Australia as motivation - Chris Robshaw 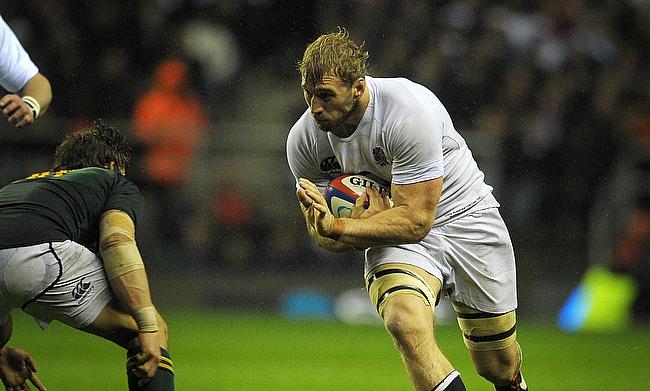 Former England captain Chris Robshaw admitted that the taunts used on his team prior to the first Test against the Wallabies in Brisbane will motivate them to secure their maiden series victory in Australia.

Prior to the start of the Test series, the host broadcaster had released a series of promotional trailers where former Australian pundits were taking a jibe at the England team.

The 30-year-old's image with a dejected look following England's exit from the World Cup after losing to Australia at Twickenham featured twice in the trailer.

Among the pundits, was former Australian and Brumbies fly-half, Rod Kafer, who commented "You guys know what is unreal…the look on all those English faces last year!"

England responded to the taunts with a historic 39-28 victory in the first Test in Brisbane and are now at a striking distance to register their maiden Test series victory in Australia.

"I've seen the promo. It hurts a thing like that. For us it's just been used as motivation," Robshaw said.

"The series is everything. Eddie put it on the line as soon as we came down here. We wanted to win a series and that is the mindset. As you know in our industry it's about winning. For us we have to go out and do it.

"Brisbane was my first win in the southern hemisphere. That is pretty special in its own right. Now it's about kicking on. It is about winning in our business.

"If we don't win the series it's all for nothing. It's great to win one but we need to win two. That's been the mindset from the start.

"You don't want to be going into the last game with it all on the line. You want to go in having won it in the second Test.

"For us to be 1-0 in the series is great but it doesn't mean too much at the moment."

It was Australia, who started the game with a double try in Brisbane, but soon began to lose momentum with injuries to Rob Simmons, Rob Horne and later David Pocock.

Expressing satisfaction over the fightback shown by the England team after the early setback, Robshaw stressed on the importance to begin well in the second Test in Melbourne on Saturday.

"Australia haven't lost the second Test of a three-Test series so we know how tough that's going to be," Robshaw said.

"Generally they grow a bit in the second Test and they've had an extra week together as well.

"We need to make sure we don't go 10-0 down in the first 15 minutes because we might not be able to claw it back this time. We know we are in a good position, but it's about how we back that up."