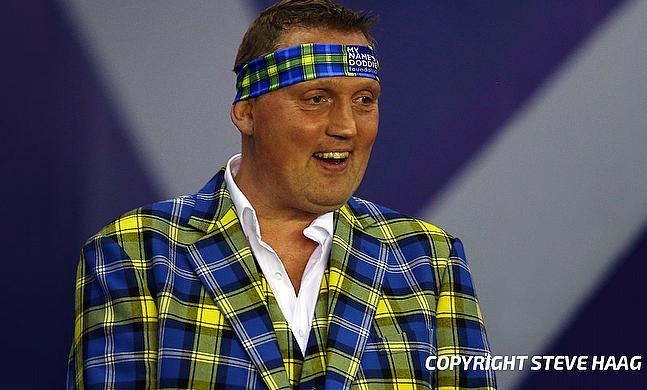 Take a quick glance at this Saturday’s Six Nations fixtures and you can argue they couldn’t be better.

We begin the weekend in Dublin where the possibility of a Grand Slam still looms large for both Ireland and Wales before the small matter of Scotland vs England concludes an exceptional day of rugby.

The Calcutta Cup matches, over the last three years in particular, have been ferocious, pulsating and from a neutral perspective, ideal. In 2017, England demolished Scotland to retain their Six Nations crown but in 2018 the Scots exacted their revenge in Edinburgh to secure their first win over the ‘auld enemy’ for a decade.

Last year, England looked to be coasting to yet another win over Scotland at Twickenham, but Gregor Townsend’s men produced a remarkable second-half fightback to earn a 38-38 draw.

The latest chapter in this rivalry is arguably the most anticipated, with this weekend’s clash containing all the sub-plots necessary to heighten the excitement.

Last Sunday, Eddie Jones’ side were outplayed by France, with more questions marks raised about his selection policy, whilst Scotland - still without talisman Finn Russell - will take positives into their first home game of the Championships despite shooting themselves in the foot against Ireland in their Six Nations opener.

Emotions will obviously be high at Murrayfield come 4:45pm on Saturday, but this intense sporting fixture has, more importantly, also brought the rugby family together.

This Thursday, a charity cycle team - headed up by former Scotland captain and British and Irish Lion, Rob Wainwright, will be riding from Twickenham to Murrayfield to raise funds for Doddie Weir and Tom Smith, who are both battling serious illnesses.

“This is why I love rugby,” former Wasps back-row Paul Volley, who is one of the cyclists taking part, tells TRU.

“It is so hard when you see the stories about Doddie and Tom, but actually it can bring you back into that rugby community.

“I love, business-wise, going down to Twickenham and watching the games and when we get to Scotland this weekend, we will be with our mates watching the game - if I am still awake after the cycle!

“We will be inspired along the way and when it starts getting really tough, especially when we are cycling during the night, you just have to stay strong. That is what Doddie and Tom have been doing through their illnesses, which we all admire.”

The 500-mile cycle, which will be undertaken across two days, will see Tom join the start of the ride at England HQ.

“Tom is flying over from France to meet us at Twickenham”, adds Graeme Smith, who is an ex-Northumberland and Tynedale player.

“He has got an electric bike to do as much as possible. We should be inspired by that. When it is 2am and it is bloody cold, it will be things like that which will get us through!”

Smith and Volley will be joined on the ‘Wounded Lions 500’ challenge by the likes of John Barclay and Kelly Brown as well as former England internationals Peter Winterbottom and John Hall.

For Volley in particular, he played against and alongside both Doddie and Tom during his career so it was an easy decision for him to support and take part in the cycle.

“Doddie Weir, I have supported for a while now,” he says. “He was a talisman on the pitch and now he is doing amazing things. I have been to a few of his events and they are just packed out and they are raising a fortune [for the My Name’5 Doddie Foundation].

“The work he has done has helped raise awareness for the illness so as much research which can be done on Motor Neurone Disease is going to be beneficial and that is a huge credit to Doddie’s work.

"Enjoy the day, because you never know what happens tomorrow."

Doddie Weir is going to enjoy himself tonight.

“Tom Smith on the other side, he is the quiet man. I played against him when he was at Northampton and played with him in a few Vets games and he just gets on with his job. Now, he is going through a really tough time at the moment. I think we have all been touched by cancer. It comes in horrible forms and people close to me have been affected by it as well so it is a big thing for us to be raising money for him.”

Before a foot has even touched a pedal outside Twickenham, Volley highlights the cycle has already raised £83,000 for both the My Name’5 Doddie Foundation and 40tude, a charity chosen by Tom which funds research projects which aim to target early diagnosis and treatment of colon cancer.

The ride, which sees the cyclists take short breaks along the way at Newcastle Falcons and Northampton Saints, – both former clubs of both Doddie and Tom - is being supported by organisations such as Neubria - creators of a range of plant based supplements that are rooted in science and proven to support brain health, Crerar Hotels, a luxury hotel chain based in Scotland, and Fosroc, provider of high quality construction solutions.

Whilst Smith was inspired to get involved in the challenge due to Doddie and Tom being his ‘idols’ when growing up, Volley jokily admits he took some serious persuasion from Rob Wainwright for him to take part.

“Rob has always said get involved, get involved!,” Volley says. “I thought this year, I need a challenge. I have been in work 11 years now and to be fair, sitting at a desk is nothing compared to the buzz you get from playing rugby.

“In November time, I genuinely thought I wasn’t going to be able to do this but I committed myself and said it had to be done. I love cycling, but I have never done 250 miles in a day. You want to challenge yourself and you want to take yourself to the brink so when Rob talked to be about this, I was like there is no way I can ride 500 miles in 48 hours but here we are!”

The riders will arrive at Murrayfield on Saturday afternoon to deliver the match ball for Scotland’s clash with England and cyclists are welcome to join Volley, Smith and the team along the way.

More details on this as well as the route and timings are available on the website here: https://woundedlions500.co.uk/

All donations make an important difference and can be made on the Wounded Lions 500 fundraising page here: https://uk.virginmoneygiving.com/WoundedLions500

Make sure you keep up to speed with the team’s progress and how you can get involved via the Doddie Gump Facebook page here:

My Name’5 Doddie Foundation, founded by former Scotland International and Lion, Doddie Weir, which was set up in 2017 following his Motor Neurone Disease diagnosis to fund research for a cure to the devastating disease.

40tude was selected by Tom Smith, a former 61 cap Scottish International and two-time Lions Tourist who was recently diagnosed with stage 4 Colon Cancer. 40tude helps to fund pioneering research projects, targeted at the early diagnosis and treatment of colon cancer.