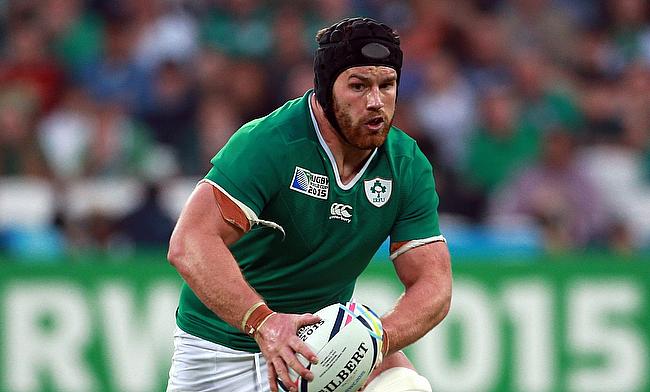 Former Ireland and British and Irish Lions forward Sean O'Brien has announced that he will retire from professional rugby at the end of the ongoing season.

O'Brien played most of his career with Leinster after making his professional rugby debut with the Irish province in 2008. During his stellar career with Leinster, he enjoyed four PRO12/PRO14 league titles, four Heineken/Champions Cups and also a Challenge Cup over a span of 11 years.

In 2011, he was also went on to win the European Player of the Year award and went on to switch to London Irish ahead of the 2019/20 season.

“After much deliberation and consultation with my family and friends, I can confirm that I have decided to retire from playing professional rugby at the end of the season.

“I’ve had an incredible career and am thankful for every second of my time at Leinster, Ireland, London Irish and the British & Irish Lions.

“As a 20-year-old, I fulfilled my childhood dream by pulling on the Leinster jersey, and when I made my debut against Cardiff Blues in 2008, I never imagined what would then follow over the next 14 years.

“A special mention must go to Colin McEntee for his ‘big brother’ approach when I joined the academy.

“I feel lucky to have experienced so many wonderful highlights over the course of my career."

His Ireland debut came during the November series clash against Fiji and has featured in 56 Tests. He also represented them in the 2011 and 2015 World Cups and also had five appearances for the British and Irish Lions that came during the 2013 and 2017 tours of Australia and New Zealand respectively.

“At an international level, I feel privileged to have won 56 caps for Ireland.

“I gave everything I could possibly give, and I will always look back with great pride at every time I pulled on the Irish jersey to represent my country, my county, my friends, and family.

“I feel very fortunate to have had the career I’ve had but none of it would have been possible without the support of so many people.

“Firstly, I would like to thank my Mam and Dad for taking me to Ballon Rathoe Community Games and then Tullow RFC when I was 8 years old.

“They took me to every sport in my area which gave me the exposure to all types of sport.

“They were the perfect role models who taught me to not be afraid of hard work, which certainly helped me progress my career and I can’t thank them enough.

“I was lucky to play alongside some great players and under some brilliant managers and coaches during my time at Tullow, Leinster, Ireland, London Irish and the Lions and I would like to thank every one of them.

“I would also like to thank the backroom staff at each of those clubs, they all showed me fantastic support during my time with them.

“I would like to say a special thank you to some people who believed in me early on in my career, who are sadly no longer with us.

“Jim Kealy (Tullow RFC) and David Wilkie (Edenderry RFC) always said the right thing to me and gave me direction when needed."