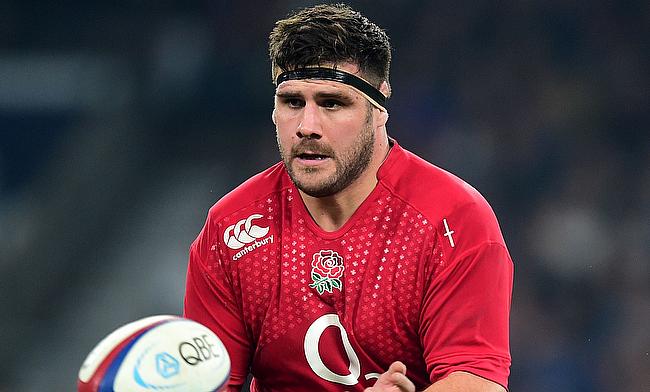 Former England international and Sale Sharks hooker Rob Webber has announced that he will retire from professional rugby at the end of the ongoing season.

Webber started his professional rugby career with Leeds Tykes in 2003 before joining Wasps in 2005 and switched to Bath Rugby in 2012. His association with Sale Sharks began in 2016 and overall he has racked up 208 Premiership appearances for all the three clubs combined in a span of 13 years.

“The time has come for me to hang up my playing boots at the end of the 19/20 Gallagher Premiership season," he told the official website of Sale Sharks.

"It has been an incredible journey over the last 16 years. The memories I have made will stay with me always, but I now feel it is time to pursue other opportunities within the game.

"I feel very lucky to have played with and against some of the world’s best players and to call many of them mates. The friendships I have made along the way I will take with me everywhere I go".

Webber went on to make his England debut in 2012 and featured in 16 Tests for the red rose team with his last appearance coming during the World Cup in 2015.

"My clubs; Leeds, Wasps, Bath and currently Sale Sharks have all be been brilliant places to go to work every day. I’d like to thank the coaches and staff for all you have done for me," he added.

"The opportunity to play for my country, tour the world and to be involved in a World Cup are career highlights and achievements I will cherish forever. Thank you to the fans who have supported me throughout my career, the game wouldn’t exist without you.

"But most importantly thank you to the unsung people who have made it happen; My family. My wife Lauren, daughter Ronnie, my parents and my brother - thank you for the sacrifices you made to give me the opportunity.

"I feel that Sale Sharks are in a great place, and it has been a pleasure to watch the club develop under new ownership. There is a great group of players at the club and I will be working hard to help us fulfil our potential and finish the season as strong as possible".