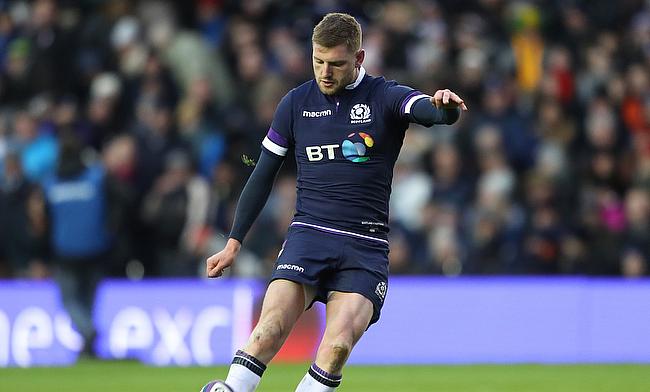 Finn Russell has secured a move to France
©PA

Scotland international Finn Russell said he is looking forward to achieving success in the European Champions Cup when he joins French club Racing 92 at the end of the ongoing season.

Russell announced his decision to exit Glasgow Warriors at the end of the season last week and Racing 92 have already confirmed that the 25-year-old will join as a replacement for Dan Carter.

The Scotland fly-half joined the Warriors in 2012 and saw his team reach a knock out stage of a European competition for the first time last season when they were defeated by the eventual champions Saracens in the quarter-final.

"I had the chance to play six seasons in Glasgow," he told racing92.fr. "But for me, for my progress, I felt it was time to change the environment.

"Like any rugby player my goal is to win; I want to win titles with Racing. It is a club determined to play as many finals as possible and win.

"It's really my main goal, and Racing has all the potential to get the Champions Cup or Top 14, I can not wait to help them win.

"It's a great club. I'm looking forward to settling down and playing with my new teammates as well as working with the coaches and all the staff."

Former All Blacks star Dan Carter has announced his decision to move to Japan to join Kobe Steel Kobelco Steelers and Russell rued the missed opportunity of working with the 35-year-old at Racing 92.

He said: "I've faced Dan a few times and I know he's one of the best players in the world today. He has really done great things here, I feel the love that the club has for him.

"I did not really think of Dan's departure, I thought maybe he would still be there, I would have learned a lot from him."