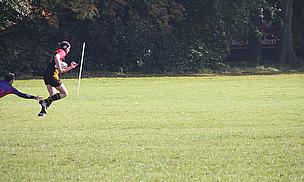 Rugby is often referred to as a global game, implying its tentacles stretch into every continent. In fact, it is global in appeal but it is far from globally competitive. The IRB International Rugby Series is a start but is not the final or most logical solution.

It draws together some tier 2 and tier 3 nations providing them with competitive fixtures. The nations involved are Samoa, Canada, Russia, USA, Tonga, Romania, Uruguay, Chile, Portugal, Japan and Georgia. The theory is these teams will be evenly matched and will develop as a consequence, engendering a narrowing of the gulf between tier 1 and the rest.

While I congratulate the IRB for showing some nous, I believe they can, and must, do more.

Fiji reached the last eight in the 2007 RWC yet are only playing two fixtures this autumn, against England and Ireland A. Yes, Ireland A, and not the full national team. Quite why Ireland do not believe Fiji justify the efforts of their full squad, is a mystery. Perhaps it is not commercially viable because they do not feel the Aviva Stadium would be anywhere near capacity. The sight of Twickenham bursting at the seams this weekend may prompt a tweak in thinking. Or maybe they fear being defeated. Or maybe they do not believe Fiji is competitive enough. But it was Ireland who lost their last outing 60-0. Regardless of why, the key point is Fiji are denied are an opportunity to compete with the best while Tonga and Samoa only have two tests against the top nations.

The International Rugby Series will certainly help Romania and co develop but it will not help the Pacific Islands teams. Each of these teams has had notable triumphs in the last five years. Fiji has beaten Wales, Tonga has beaten France and Samoa scalped the Wallabies. So why should they spend their time battering part-time rugby players?

Argentina did not break into the closed shop of the Tri-Nations by savaging Georgia. They received competitive action from incoming tours from England, Scotland, France and co, as well as a place in the defunct Churchill Cup.

I have a different proposal. The name is trivial, but let's call it the William Webb Ellis Shield (WWES) for now.

The competition would consist of four pools of five teams, guaranteeing each nation a minimum four matches. The winners of each pool would progress to the Semi-Finals to qualify for the Final.

Below is an example of the inaugural competition:

Pool A Pool B

*Wales, Australia and South Africa do not have 'A' teams or regular Second XVs*

The concept is an expansion of the teams involved in the Churchill Cup. The provision of three qualifier places prevents the WWES from becoming a closed shop and rewards improving lower tier nations.

Money and organisational difficulties are not wholly valid concerns. The U20 World Cup is held annually with a similar number of teams involved. The involvement of tier 1 'A' teams will provide competitive matches and expose the lower ranked nations to matches against professional rugby players.

The WWES would ideally occur in either the autumn or June International window. Realistically, it would occur every two years and would allow tier one nations to stop off in the Pacific, on their way down south for their June tours during fallow WWES years.

Scotland paved the way last year by playing away against Fiji and Samoa winning two tight tussles. The Pacific teams have abundant natural ability but are not provided with the necessary opportunities. Strong national teams would help slow the drain of prodigious young talents automatically departing for foreign shores.

Anybody who suggests it would aid development to return to the ludicrous Pacific Island team is significantly out of touch. Fiji, Samoa and Tonga have strong tribal heritage and passionately defined nationalism. To try and lump them together, is patronising and ignorant.

Will something like this ever become a reality? We live in hope.