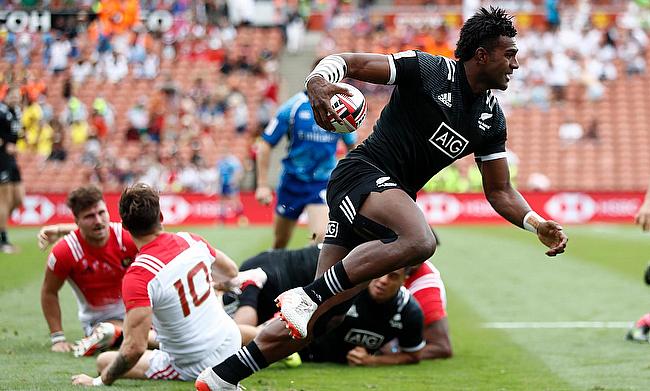 The Quarter-finalist for the Hamilton leg of the World Rugby Sevens Series Men has been finalised on Saturday with host New Zealand among the four teams to remain unbeaten.

Fiji claimed the top position in Pool A as they started the day with a 28-0 win over Wales and followed it with 24-12 and 15-26 Spain and Australia respectively. Meanwhile, Australia, who started the campaign with wins over Spain and Wales, suffered a setback in the final game against Fiji but they had enough points to progress to the next round as second placed team from Pool A.

Wales managed a solitary win over Spain, who languished at the bottom after failing to win a single win.

Winners of Dubai 7s South Africa continued their impressive run as they defeated Papua New Guinea and Russia with a comfortable 36-5 and 38-0 respectively and they faced England, who also won both their games in what was a table topper deciding the contest. However, it was South Africa, who sealed the top spot as they beat England 28-7.

Meanwhile, Papua New Guinea managed a solitary win over the bottom placed Russian side to end the group third.

The winners of Cape Town 7s and the hosts New Zealand dominated the group with 52-7, 24-5 and 12-17 wins over France, Scotland and Argentina respectively. While the rest of the teams all managed just a solitary win, Scotland managed to edge out Argentina in points difference to make it to the top eight.

Kenya went on to top the group after they edged out Samoa 19-14 and went on to beat Canada also by a similar margin.Even though their game against USA ended in a 19-19 draw, the results in the first two games proved enough. Meanwhile, Samoa, who started with a defeat to Kenya, edged out USA and Canada to get a second place finish while USA will feel disappointed after their last game ended in a draw to Kenya missing out on the quarter-finals.