Richie Williams Column: "The pale light that once emerged has quickly faded into the abyss" 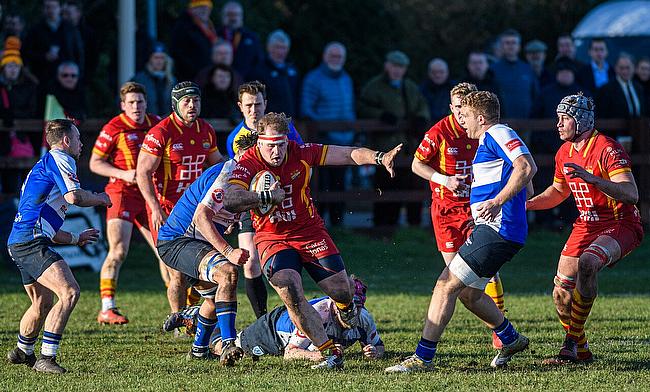 Cambridge, like so many clubs up and down the country, haven't played a competitive fixture since March
©Chris Fell

With a new lockdown now enforced, the 2020/21 season for National League clubs may pass them by altogether. Cambridge Director of Rugby Richie Williams shares his thoughts on a difficult 12 months.

Firstly, I would like to wish everyone a Happy New Year. Thanks to TRU for allowing me to express some of my sentiments around the last six months, but also to share some thoughts and suggestions moving forwards.

The 2020-21 National League rugby season can be added to the history books alongside the 1993 Grand National and the 1912 Boat Race. All three events have unfortunately succumbed to external factors that have prevented them from taking place.

The government's recent announcement, placing the country under another lockdown, looks ominous for any return to competitive rugby. All forms of the game in the country have been directly affected, and the pale light that once emerged in November has quickly faded into the abyss. It has been a rollercoaster of a season and we all hope that next season will see the return of vibrant clubhouses and entertaining fixtures.

Without trivialising the pandemic, we must remember the stress and uncertainty this ‘non- starter’ has put on players and their mental health. To remove such a large part of a player’s fabric has severely tested their level of resolve. Furthermore, the financial implications of having revenue streams reduced or removed, have put added pressure onto clubs.

Despite the clear and obvious challenges that we have all faced, I hope that all of the National League clubs will return with a new sense of vigour and optimism.

Latest update from the RFU after yesterday's Government announcement.

The NCA exec are meeting on January 14th so we will provide our clubs with an update regarding the NCA Cup competition following those discussions #Nat1 #Nat2n #Nat2s https://t.co/gC91GzJraH

It is difficult to articulate and measure how painful the last six months have been, but equally, it has allowed clubs and players the opportunity to reset. From a personal perspective, it has afforded us at Cambridge RUFC to look inwardly at how we operate and enabled us to adapt and plan ahead in ensuring that we are all aligned.

We have also seen this as an opportunity to reconnect the whole club and invest our resources into developing our coaching and playing pathways. Amidst the pandemic, I have tried to remain optimistic, but at the same time, remain realistic that we may not have any rugby for this season.

In the grand scheme of things, it has been a willing sacrifice. Fortunately, I have been able to engage with other DOR’s and Head Coaches of National One and National Two clubs as we have looked to support each other and share good practice.

After the latest announcement, I wanted to generate an open discussion with my colleagues around ‘the next steps’ for the season. After posting on Twitter, I received some honest and curated reactions.

There seemed to be two trains of thought; for some clubs, the concept of ‘shutting up shop’ for the next couple of months and returning for pre-season in preparation for next season was the preferred option. In contrast, other clubs seemed to prefer playing some friendly fixtures in April/May.

I think the others might’ve said the same, but playing 1 round of fixtures in the NCA clusters as well as some local derbies as a way of generating some income would satisfy the needs of players and clubs. An NCA summer 7s series would be pretty cool as well...

It was also interesting to hear Warren Spragg’s recommendation and proposal of an NCA 7’s summer series. One to maybe explore further at another date.

As a club, we probably sit somewhere in the middle. If there would be an assurance that we could play four/six local derbies against the likes of Bishop’s Stortford and Bury St Edmunds, with a guarantee of large crowds and revenue opportunities, that would be far more attractive.

Alternatively, if we were to play no rugby this season, it would allow us to focus our energy on our preparation for next season’s National One campaign and allow us more time to build our team cohesion.

It remains uncertain and unclear what the next few months will look like and we must continue to be flexible with our approach. Like many, I hope that the National Leagues will return in good health.

My only concern is that a lack of playing opportunities since March 2020, may result in disengagement from some players. I expect that the majority of players, coaches and staff will return reinvigorated. I also hope that there will be an even greater appetite from supporters to watch live sport on Saturday afternoons.

Moving forwards, I believe the clubs that will prosper will be the ones that have used the last six months wisely and seen it as a development opportunity to upskill, invest and engage with players and stakeholders. Fast forward to September 2021 and we could witness a new, highly-skilled, more explosive, entertaining version of the game. Finally, I hope that everyone continues to heed the government's advice and stays safe.

Here's hoping for a better 2021 and a return to action.