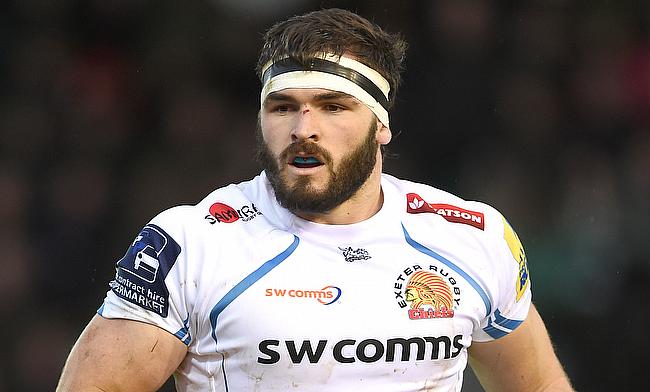 Don Armand has made 193 appearances for Exeter Chiefs
©PA

Exeter Chiefs forward Don Armand has confirmed that he will be retiring from professional rugby at the end of the ongoing season.

Born in Zimbabwe, Armand made his professional ruby debut with Western Province in 2012 and went on to make his Super Ruby debut with Stormers later that year.

He made a switch to Exeter Chiefs in 2013 and has gone on to make 193 appearances for them scoring 37 tries. He was also part of the Exeter squad that reached the Premiership finals in the last six seasons including title victories in the 2016/17 and 2019/20 editions apart from winning the 2020 European Champions Cup.

"I've had a while to think about it because it wasn't an easy decision," he told the club's official website.

Having done that, I know this is the right thing for me and my family. Bringing to an end a lifetime of rugby, it does fill me with sadness, but equally I go away with so many happy memories.

"There's no doubt playing the game has made me a way better person than if I went down another route in life. I've had so many valuable life lessons, all of which have an influence on you as a person, and it's those lessons I will use for the next chapter in my life.

"Exeter is home for us," he added.

"I always wanted to make sure I settled roots for my family. I think it's an important aspect in anyone's upbringing, so I am very grateful that we get to settle in down the road because there are so many exciting things happening there.

"I am glad that we are able to stay so close to something which has been my life and my family's life."