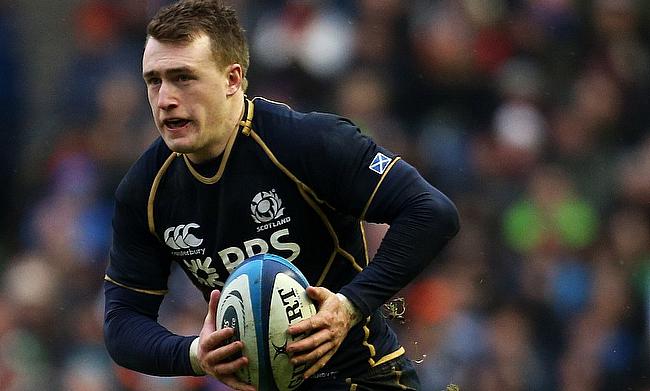 Exeter Chiefs opened the knock-out stage of the Heineken Champions Cup with a 13-8 win over Munster Rugby in the first leg at Sandy Park on Saturday.

Munster were already without Tadhg Beirne, Peter O’Mahony and Joey Carberry due to injury while Simon Zebo and Scott Buckley were late withdrawal from the game due to illness.

A combination of Sam Maunder, Ian Whitten and Tom O’Flaherty provided the initial breakthrough allowing Stuart Hogg to touchdown in the fifth minute but Joe Simmonds missed out on the conversion.

Munster, their best efforts were being hampered by a rising penalty count that not allowed the Chiefs an easy out on numerous occasions, but stymied their own attacking endeavours which, to be fair, were few and far between at that stage.

The Irish province were down to 14 players temporarily in the 36th minute as Jack O'Sullivan was sin-binned for repeated infringements allowing Rob Baxter's men to extend their lead at the end of the opening half as Dave Ewers and Jack Yeandle combined with Jacques Vermeulen as the latter went over the line.

Joe Simmonds' conversion went wide once again but Exeter still had a 10-0 lead heading into the break.

Munster continued to make infringements and Exeter almost pounced on the opportunity as they drove close but a mistake from Harry Williams allowed the visitors to clear the attack. The first points for Munster came in the 56th minute when Ben Healy slotted a penalty goal.

The end of the third quarter saw Exeter down to 13 players as Olly Woodburn and Patrick Schickerling both yellow carded for a high tackle and playing the ball down close to his own line respectively.

Exeter turned into attack despite two players less and a 50m drop goal from Hogg extended their lead to 13-3 and in the 66th minute Munster clawed their way back into the game as Shane Daly brushed away tackles from Hogg and O’Flaherty to dot down. The closing stages saw Woodburn looking to extend Exeter's winning margin but was stopped by a cover tackle from Keith Earls.