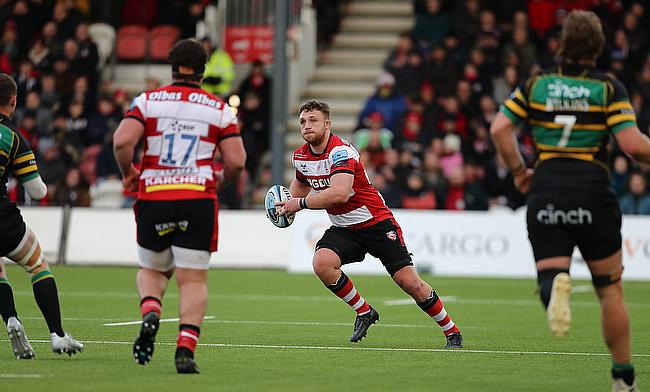 Gloucester are sixth in the Gallagher Premiership, their most recent result a win over Northampton Saints
©Martin Bennett/Gloucester Rugby

At the start of the year, Ruan Ackermann made his 100th appearance for Gloucester and the back-row now approaching the five year mark since his move from South Africa in 2017.

Following in the footsteps of his father, Johan, who was named at the team’s incoming head coach from the Lions that summer, Gloucester made immediate headway from their ninth-place finish the season prior, placing seventh in the Gallagher Premiership, level on points with near neighbours Bath.

A year later, a playoff position would follow, but in the Covid disrupted 2019/20 season, a whole heap of change would come at Kingsholm.

Eventually finishing seventh, during the first lockdown, Johan would leave the club for pastures new in Japan, whilst his son deciding to stay on under new management.

George Skivington’s arrival in the West Country soon followed, the former London Irish lock bringing Alex King and Dom Waldouck along for the ride too. Their first full campaign wasn’t one that many will be wanting to remember, but as things stand the Cherry and Whites are sixth in the league table, two points away from Exeter Chiefs in fourth.

Flying high, Ackermann has been at the epicentre of the team’s campaign so far and captained the side in their 35-30 win over Northampton Saints last weekend.

Such have been the 26-year-old’s performances this season, at the start of January, Skivington said that he couldn’t understand “how Ruan is not getting any mentions at international level”, the former South Africa ‘A’ player having qualified for Eddie Jones’ England on residency grounds last summer.

Playing international rugby is something on Ackermann's mind too, the chance of doing so a major motivating factor for the back-row.

“It is probably the driving force for me at the moment, to give myself the opportunity at international level and to see what it is about,” Ackermann said.

“I am still fairly young, and for being 26 I have been fortunate enough to be able to play at a high level and have played a few games now. The next challenge is to see how I could cope playing international [rugby].

“I wouldn’t say it is frustrating - because you know as a player that if you don’t get picked internationally, you keep getting older. The next challenge for me is to play international rugby, but that is not up to me.

“I can just try to give my best. It is probably the next step for me as a player that I want to try and get to.”

However, England is by no means Ackermann’s only option. 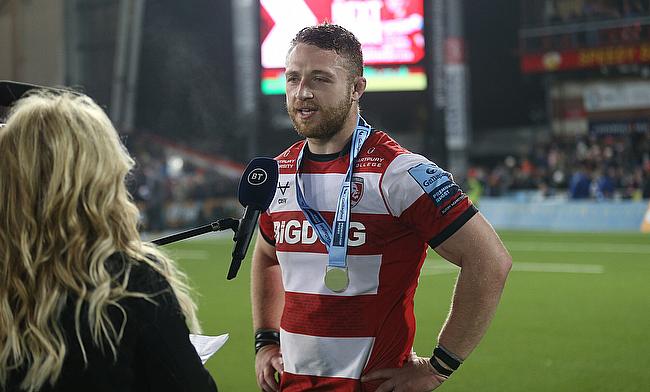 At the end of 2017, Ackermann first spoke about the potential of playing for England. Knowing that he would be available the qualify in August 2020 under the old eligibility laws, he admitted that playing for England was “an option”, his father saying upon his departure from the club that his son was staying put because the international arena appealed to him.

In the end, it may well come down to a race between the Boks and England to cap the back-row, whose performances have led to international calls from plenty on social media, the No. 8 balancing defence and attack perfectly across each 80 minutes, the player of the match awards coming thick and fast.

“I have had some small conversations with Eddie [Jones],” Ackermann said. “He has messaged me, phoned me, at the beginning of the year and last year. Just to talk about where he sees me as a player and a little bit of improvement and what I am doing well.

“It is tough. You don’t want to shut the one door and focus on the other door, then that door never opens. For me it is a case of; I can give my best, and whatever happens and whoever calls and says I am getting called up, I will grab it with both hands.

“My plan was to come over and put myself in the position to be able to qualify. I always said to myself, because of the competition back in South Africa, if I ever wanted to give myself another opportunity of playing in South African rugby, this is another way to do it.

“It came across [the comments in 2017] that I completely shut the door to South Africa. It was more saying that I wanted to give myself another chance if playing for South Africa never occurred.

“England is a top-quality rugby nation in rugby, so any player that gets an opportunity to play with them would grab it with both hands, and the same with South Africa. It is a case, now, where I need to go and perform and see what happens.”

On the whole this Six Nations period, Gloucester seem to be somewhat underrepresented. Competing at the top of the Premiership, it has taken up the fourth round of the tournament for Adam Hastings to receive a Scotland callup, Chris Harris a constant in Gregor Townsend’s squad.

Mark Atkinson has been in and out of England camp, although the centre hasn’t added to his solitary cap won against Tonga last November. More recently, Lewis Ludlow and Harry Elrington have been called in by Eddie Jones, but were sent back to their club almost as quickly as they left.

With a new artificial turf field, Gloucester’s backline has fired, but it is the reinvention of their forward pack that has been the most impressive part of their season so far.

Earlier this season, TRU heard from Freddie Clarke the 29-year-old explaining how he has taken on the responsibility of calling the lineout, and going from being a fleet-of-foot back-row to a bruising second-row, his move coming largely as a result of injury to Ed Slater, and excelling in the process.

?? Embracing a city's culture
??? Getting the Kingsholm roar back
??Becoming the next Monty Don

With plenty on the horizon, read TRU's exclusive chat with @gloucesterrugby's @thorlo by clicking the link below.

Jack Singleton has been a consistent performer, whilst 20-year-old Jack Clement has been growing with each and every performance. With an all-round impressive set piece, it has left some scratching their heads as to why no Gloucester forwards are currently on international duty.

“I feel, as a pack this season, a lot of us have been going really well in the Prem and have been sticking up their hands,” Ackermann said. “Sometimes you sit down, question and ask what we are doing wrong, what certain players are doing wrong. You always wonder those things.

“We have been going well this season and you would expect to see one or two more players playing in the Six Nations for England or for Wales. It is something we question, but we are not in control of that sort of thing.”

Of course, international rugby’s loss is very much Gloucester’s gain. Hoping to reach the postseason for the first time since 2019, having their best players available to them will help in that quest, their game against an in-form Sale Sharks this weekend a good tester of a team with ambition.

Having already surpassed their points total from last season, it has been an impressive turnaround for a club that was down and out for much of their previous campaign.

“Last season, and that season we finished during Covid, was probably one of the weirder seasons with all the stuff that happened in and amongst the Covid period,” Ackermann said.

“With coaches leaving, players leaving, coaches coming in, creating a new dynamic and we are getting to the stage where we have kind of got our own identity, how we want to play as a team and what we want from each other as players and as coaches.

“You can see from the results we are kind of getting to where we want to be. We are still not there, we have still got a lot to improve, but I think it is exciting how you can see the growth from the end of last season to this season in a short period.

“Even in the results that didn’t go our way, we just felt like it wasn’t necessary to improve. It was more like our own faults, and we needed to grow as a team to change those results.” 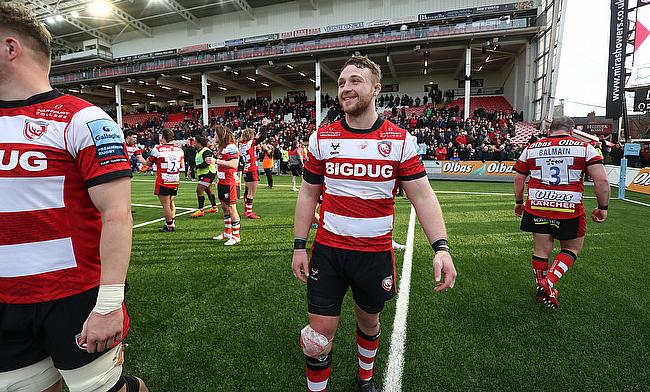 Having had the time under Skivington to adapt to their new game plan, a strong end to the season is needed. With seven games left to play, it is very much all on the line, just 11 points separating fourth from ninth.

Good performances and being a top-tier side will also aid Ackermann’s international ambitions. With time running out this Six Nations, it seems more likely that a call from Eddie Jones or Rassie Erasmus will come in early summer, the 26-year-old more than aware of what he has to do to give himself an even better chance of earning a Test cap.

“It is a case of being really consistent in what I feel like I do well and keep staying on it,” he said.

“You can have good moments, but to stay up there, in the sense of playing well and never having too much of a down game, but having a quality game week in, week out, being consistent and all the stuff I am good at, that is probably my biggest challenge.

“For example, ball carrying and being involved in mauling and tackles and stuff like that, really being consistent in that for the next few weeks, and as the season goes on, those small things, the basic things, is the stuff that gets you the results at the end.

“The flashy stuff happens in moments but comes and goes as the game goes on. It is more, for me, the basic stuff the next few weeks I need to focus on.”