Examination from British and Irish Lions' defeat to Blues 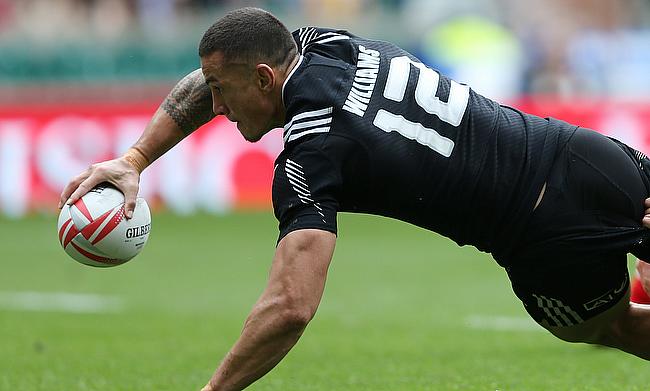 The British and Irish Lions suffered a 22-16 defeat to Super Rugby side Blues in their second tour game in Auckland on Wednesday. Here are few of the key points from the encounter.

Sonny Bill Williams approached this game like a veteran football master - biding his time, conserving his energy for one massive pivotal impact. His match-winning turn merits comparison with talismanic striker Zlatan Ibrahimovic. The combative All Blacks centre is simply easing his way back into top form with more than one eye on the three-Test series that starts on June 24. And just as Ibrahimovic can drift out of a game then conjure a match-defining moment in seconds, so here Williams produced the same telling effect. His break and offload to send Ihaia West home for the winning score floored a stunned Lions outfit. Unless the Lions find a way to shut down the 31-year-old, he could prove the difference for the All Blacks.

Wales scrum-half Rhys Webb was so desperate to impress that he had to be dragged off the field owing to cramp. His spiky, sharp, aggressive and astute performance will have boosted his chances on this tour no end. Ireland's Conor Murray most likely remains the favourite to start at nine in the Tests, but many more showings like this and Webb might just start to sway boss Warren Gatland's thoughts.

The Lions can be pleased with their scrum and maul

The tourists bossed the scrum battle with Jack McGrath especially potent at the coal face. Gatland's men also produced several dangerous rolling mauls, with CJ Stander capping one such ruse for a try. The Lions must gain dominance up front to stand any chance of making a dent on the All Blacks once the Test series comes around. This was a vast improvement on set-piece work against the Provincial Barbarians.

The Blues bossed the breakdown

The Lions were unable to latch onto the ball at the ruck, and that allowed the Blues to generate a huge amount of quick possession. Justin Tipuric lags behind tour captain Sam Warburton in this area, and may struggle to force his way into the Test team for that very reason. If boss Gatland wants to select power runners at six and eight then he will in all likelihood desperately need Warburton's spoiling instincts at seven.

Glimpses of phase play offer hope for the Lions

Gatland's men had zero luck when Jared Payne was just edged into touch in the first half. Had the Ulster centre sneaked into the left corner, he would have capped a finely-constructed, patient attack. The Lions showed encouraging signs whenever they retained possession for multiple phases against the Blues - they just did not manage to do so often enough. Keep the ball for longer, and the Lions can become a genuine threat.