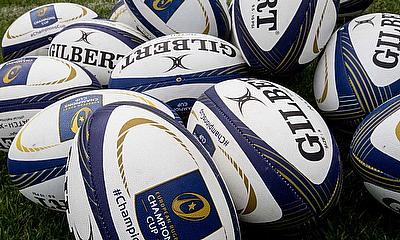 The road to Edinburgh resumes for eight teams this weekend as the European Champions Cup returns from a 10–week hiatus for four scintillating quarter-final matchups.

After six rounds of the initial pool stage, Clermont, Munster, Saracens, Leinster and Wasps all qualified for the knockout stages as pool winners joined by Glasgow, Toulouse and Toulon as the three best pool runners up, and here you will find some great European Champions Cup betting odds.

Unsurprisingly, France leads the running with three teams from its premier domestic competition and is guaranteed at least one semi-finalist by virtue of the fact Clermont and Toulon will meet in an all-French encounter on Sunday afternoon.

Erstwhile, the PRO12 also has three representatives, split between Ireland (two – the traditional Irish powerhouses Munster and Leinster) and Scotland (Glasgow Warriors), whilst the Premiership rounds off the seeding with Saracens and Wasps.

Proceedings begin on Saturday afternoon with arguably the weekend’s marquee fixture at the Aviva Stadium in Dublin, the only tie in the round to pit two pool winners against each other.*

Both sides come into the weekend in fine domestic form as the current league leaders in their respective competitions. Wasps sit atop the Premiership with 69 points and a healthy five-point cushion whilst Leinster remain top of the PRO12 on 70 points albeit with Munster close behind them.

And fresh off Ireland’s record-breaking upset of England a fortnight ago, the Irish national stadium will once again be treated to a bevy of international stars lining up across from each other.

Leinster will perhaps most fancy their chances against Wasps up front, with the incumbent Irish prop pairing of Jack MacGrath and Tadhg Furlong along with international stalwarts Devin Toner, Sean O’Brien and Dan Leavy all likely to start and offer the Dubliners a palpable platform for Jonny Sexton & co. to pile up points.

On the opposite side meanwhile, one figures Wasps will seek to centre their gameplan around that box-office backline with Willie le Roux, Kurtley Beale, Elliot Daly, Danny Cipriani and Jimmy Gopperth providing the from-anywhere-on-the-pitch fireworks that will keep the game close at all times.

This will not be the typical brawn-vs-brains contest given both sides’ strength in both the forwards and backs, but given their inherent advantages, a forecast of scattered showers over Dublin and a wet pitch – in addition to the natural advantage of 50,000 Irish rugby fans in attendance - could edge this contest in Leinster’s favour.

*Leinster and Wasps’ respective finishes as 4th and 5th seeds eliminated them from contention of hosting a pool runner-up.

Immediately after proceedings conclude in Dublin, attention then switches to the other side of Ireland with Munster hosting Toulouse at Thomond Park in Limerick.

Munster swept to the top of Pool A with an impressive five-from-six, 24-point showing in the preliminary stages whilst Toulouse only qualified as Pool B runners-up by virtue of a superior points difference to Connacht who also finished on 18 points.

And whilst Munster, led by Peter O’Mahony, CJ Stander, Connor Murray  and Francis Saili are continuing to make a sustained push for the top of the PRO12 two points behind leaders Leinster, Toulouse have found themselves off the pace in the Top 14, sitting tied for 4th place on 54 points, only two clear of Pau in sixth and a whopping 22 points behind league leaders Stade Rochelle.

With another strong Irish international contingent and home advantage, Munster go into the game as favourites, however Toulouse’s gluttony of global stars including Richie Gray, Thierry Dusautoir, Jean-Marc Doussain, Gaël Fickou and Luke McAlister mean once again, a tight and narrow game beckons.

As the two standout sides of England and Scotland respectively over the last three seasons, not only is there a semi-finals berth resting on the outcome of the first game of Sunday afternoon, there is also more than a hint of Calcutta Cup retribution on the line when Saracens and Glasgow meet at (the temporarily expanded) Allianz Park.

As reigning European and Premiership champions, Saracens, fresh off a 53-10 thumping of playoff rivals Bath, go into the tie not only favourites in their quarter-final matchup but potentially for the entire competition itself.

However, Glasgow, despite an underwhelming campaign in the PRO 12 thus far by their standards as recent champions, coming into the weekend sitting 6th in the table, have shown their most impressive form in Europe this season, including an eye-catching 0-43 triumph away at Leicester Tigers in January. The Warriors will also benefit from the end of the Six Nations with sixteen(!) of Scotland’s 37-man Six Nations squad returning for club duty including Finn Russell and Stuart Hogg who both featured in the official team of the tournament.

Glasgow’s up-tempo, free-flowing attacking style will be at odds with Saracens’ methodical defence and eager counter-attacking opportunism, but the contrast in styles should make this a particular exciting encounter, even if it looks like a second English victory over Scotland is on the cards.

Rounding off the weekend’s action is the round’s only one-nation contest as Clermont meet Toulon at the Stade Marcel Michelin in a rematch of the 2015 Champions Cup final hosted at Twickenham.

That day in London Toulon came out victorious but this time it will be Clermont who enter the arena as favourites. Not only did Les Jaunards ensure their standing as the quarter-finals #1 seed with an empathic five wins and six bonus points in the tournament’s opening six games, but Clermont also sit 2nd in the Top 14, the only (somewhat) realistic challengers to La Rochelle’s domestic dominance.

This will be an exhausting, physical and hopefully distinctly French matchup between two titans of European rugby in recent years. However a Clermont win could finally indicate a changing of the guard for the preeminent French representation in international club rugby.