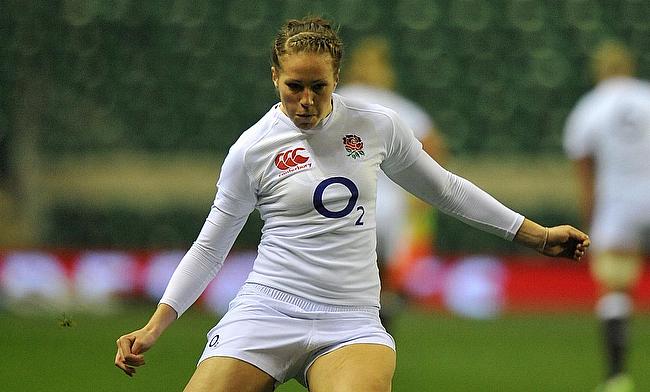 Kelly Smith ensured the red rose team got off to a flying start with a seventh minute try and Emily Scarratt followed with a conversion to make the scoreline 7-0.

The Women's Eagles responded back immediately in the 14th minute when Hope Rogers touched down but Alev Kelter missed out on the conversion.

England had a terrific end to the first half with further tries from Claudia MacDonald (23'), Scarratt (30') and Heather Kerr (40') as they claimed the bonus point and more importantly kept the pressure on USA with a 26-5 lead at the end of the first half.

Kerr with his second ensured there was no looking back for the red rose team but Scarratt missed out on the conversion. As USA Women struggled to score a point, Natasha Hunt with a 55th minute try capped off a fabulous game for Simon Middleton's side as they completed a convincing 38-5 win.

“It was a tough game, a very physical game which we expected. We couldn’t quite get our attacking game going but our set piece was really good at times,” England coach Middleton said.

“I thought the USA were outstanding for the first 10 or 15 minutes of the game in particular, they were very physical and came at us. However, what we did do was defend outstandingly well. So attacking wise plenty to work on but we really put in a great defensive shift.”