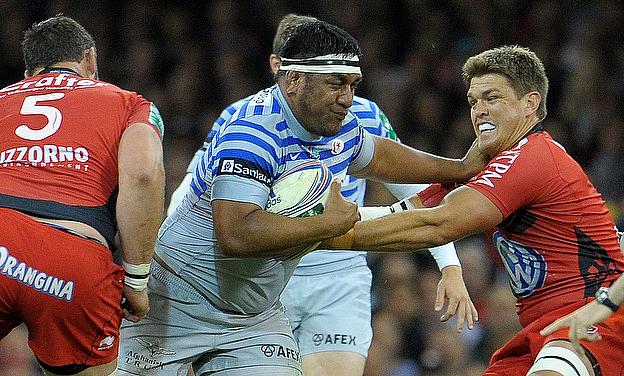 Mako Vunipola faces a nervous 24-hour wait to discover whether he can play any part in England's three-Test New Zealand tour.

England boss Stuart Lancaster confirmed the Saracens prop will receive the results of a scan on his knee on Tuesday, shedding light on damage suffered in Saturday's 23-6 Heineken Cup final defeat to Toulon.

England's head coach has refused to rule Dylan Hartley out of the New Zealand tour, despite the Northampton hooker still fighting to beat shoulder trouble in time for the Premiership final.

"Mako has a scan today and we'll see how it plays out in the next 24 hours," Lancaster said after naming an initial 30-man squad to fly out to New Zealand on Tuesday.

"I think Saracens are more optimistic about Owen than they are about Mako, but we'll have to wait and see.

"We've named four hookers so far, but we've not ruled Dylan Hartley out yet.

"We want to give him the flexibility and the opportunity to go on the tour."

Danny Cipriani is back in an England squad for the first time since 2008, facing a straight fight with Freddie Burns to start at fly-half in the first Test.

The former Leeds coach will wait until June 2 to confirm which Saracens and Northampton stars will join the summer tour.

Billy Twelvetrees is still yet to train as he battles ankle trouble, but Lancaster has not ruled the Gloucester centre out of first Test action.

"It leaves us with the two fly-halves that we've got," Lancaster said of his first Test selection limitations and Bath's George Ford missing out with shoulder trouble.

"Both Freddie and Danny have great opportunities to put a marker down as genuine international fly-halves.

"Owen and Steven Myler have been exceptional this season and they will be considered post these games this weekend.

"But now it's in Freddie and Danny's court. They've trained great so far so we're looking forward to seeing how they get on.

"Danny has done well, he's come up to speed; he's got to know the plays.

"He's built relationships with the players and he's been good - it's a similar defensive structure for him to the one at Sale.

"He's excited about being here.

"That particular position, as with several others, will probably play out on the training field as opposed to what's happened before it.

"Billy (Twelvetrees) is going well. He hasn't trained yet, and it's unlikely he'll train (on Tuesday) before we fly, but we're optimistic enough to take him on the initial flight with a view to assessing him when we get out there.

"He's really going to have to be training fully at the start of that Test week in order to be considered.

"But he's certainly made enough progress to be under consideration for the first Test and definitely for the second, so that's why he's on the plane."

Lancaster again refused to rule Steffon Armitage out of the 2015 World Cup, despite the Toulon flanker remaining ineligible for selection by playing abroad.

"I think it is a good rule and it's one I support as national coach," he said.

"That said, there are still exceptional circumstances that allow us to select an overseas player, so who's to say that this time next year if he's still playing as well, that the door might not be open?"